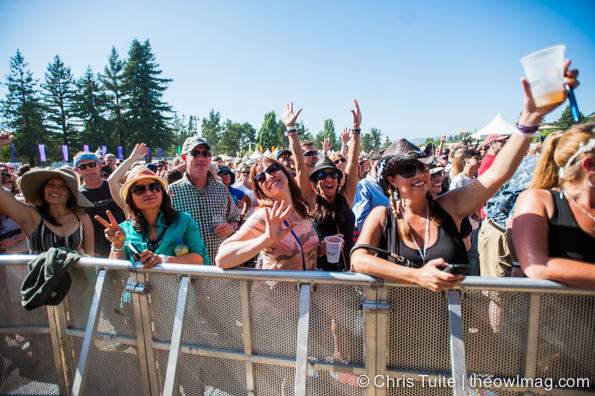 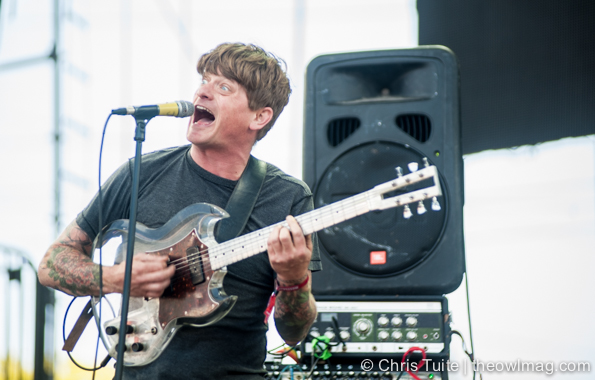 Thee Oh Sees brought destruction, terror, and mayhem to the main stage earlier than anticipated. Psych pop-leaning The Drop would have mixed well with turkey legs and day drinking, but the trio stuck to grittier fare like Floating Coffin. Spitting and frothing, John Dwyer wielded his guitar like a sniper rifle. Each member got loads of Jumbotron time, a sight that was as silly as it was gratifying. Mini mosh pits burbled. Cannibal Corpse and Sex Pistols shirts alike nodded in assent. 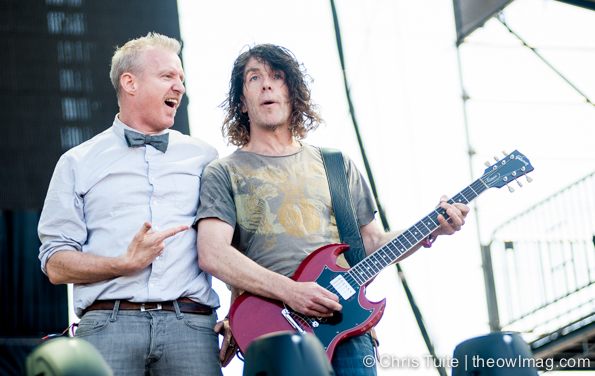 There was almost too much to explore on Sunday’s schizo schedule: local favorites Silverado Pickups, Ambrosia’s David Pack, and Spin Doctors played back to back to back. Keep Shelly in Athens drew our focus, a live drummer and guitarist gently amping up their nouveau trip hop. 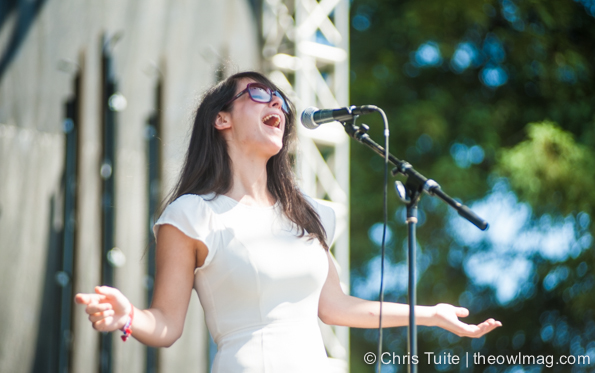 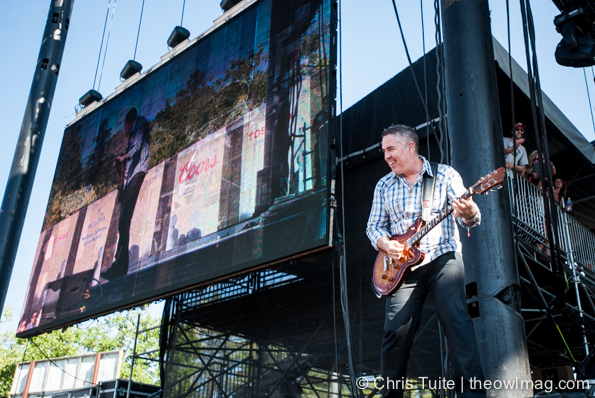 Barenaked Ladies’ “Pinch Me” was a poignant moment, but a subsequent freestyle rap propelled us to cumbia techno outfit Mexican Institute of Sound. Camper Van Beethoven treated a small but ardent audience to even-tempered takes on The Clash and Black Flag before debuting new material. The “Take the Skinheads Bowling” sing-along was a microcosm of Saturday’s “Say It Ain’t So” and “Ms. Jackson” congregations, but the resulting feelings were no less warm and fuzzy. 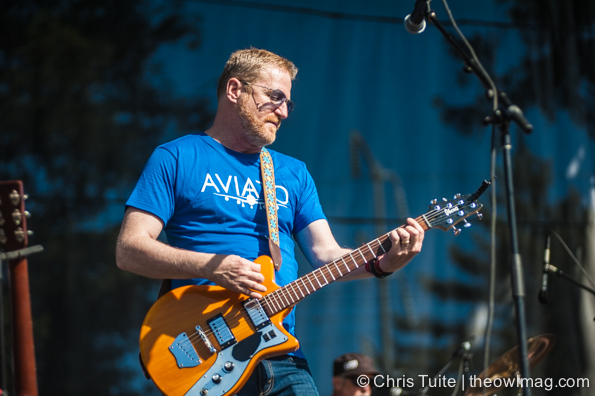 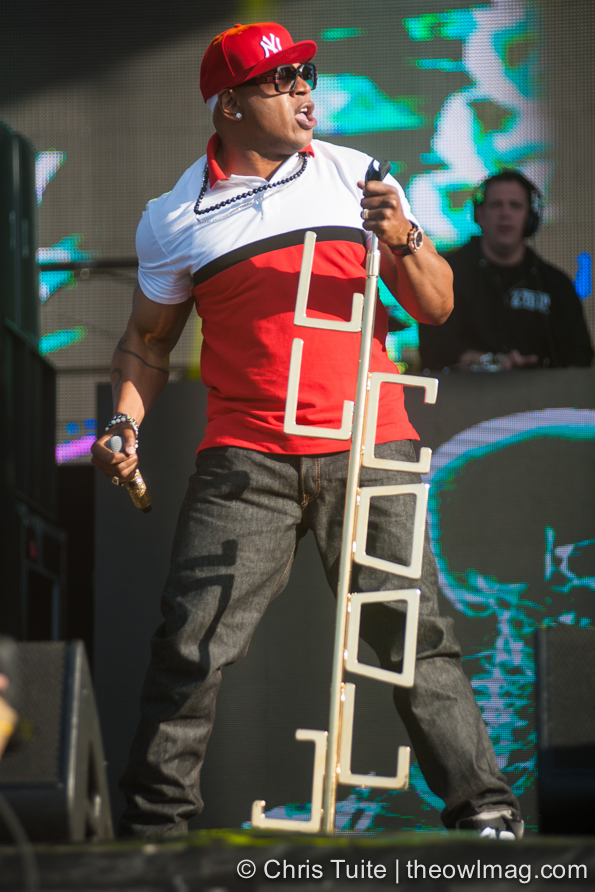 Sunday’s undisputed highlight was the indefatigable LL Cool J and DJ Z-Trip, who brilliantly beat juggled Eazy E and AC/DC. No safety nets or shenanigans, just brash lyrics (“Mama Said Knock You Out,” “Jack the Ripper”) and panty-dropping charm (“Around the Way Girl,” “I Need Love”). Sorry ladies, the CBS star did not take off his shirt, but he did dole out enough roses for three seasons of The Bachelor. Mr. Smith also delivered hit after hit, even the dreaded “Goin’ Back to Cali.” In a nod to main stage closer Eric Church, LL and Z-Trip led us in a few bars of “Sweet Home Alabama.” A flawless execution of “Rock the Bells” while leaping in the air made it clear that rhyming is an integral part of LL’s workout routine. 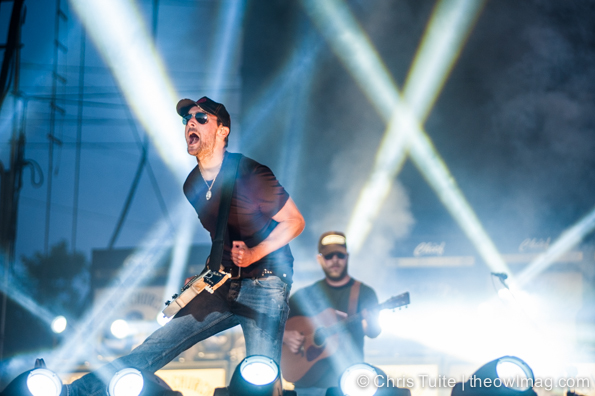 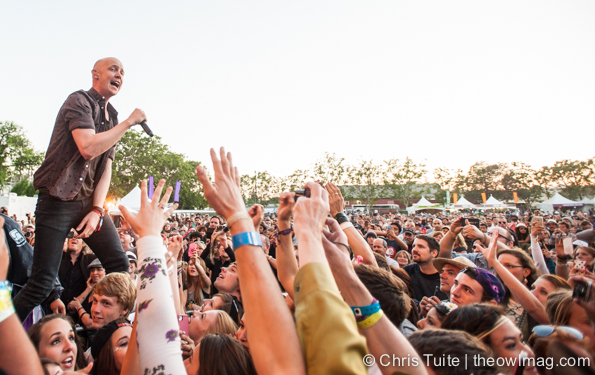 Country sensation Church actually had a smaller turnout than two-hit wonders The Fray. Our BottleRock experience ended with an entirely different band of ATLiens. Deerhunter lovingly stitched together scruff and shoegaze with white noise. Bradford Cox playfully mocked the incongruous setting by screeching the Friends theme and “Spill the Wine,” but “Desire Lines” and “Helicopter” were serious business. The latter gave us a perfect farewell to Napa Valley: “now they are through with me.” 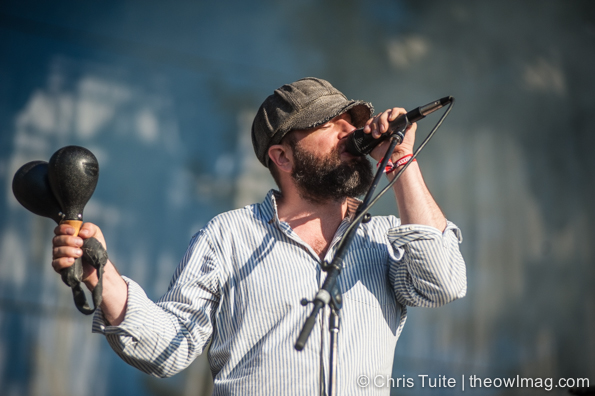 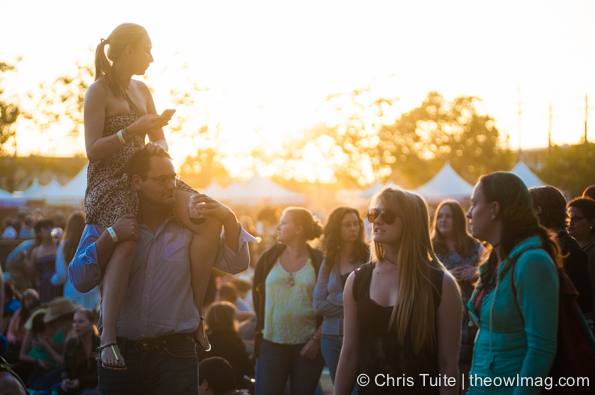 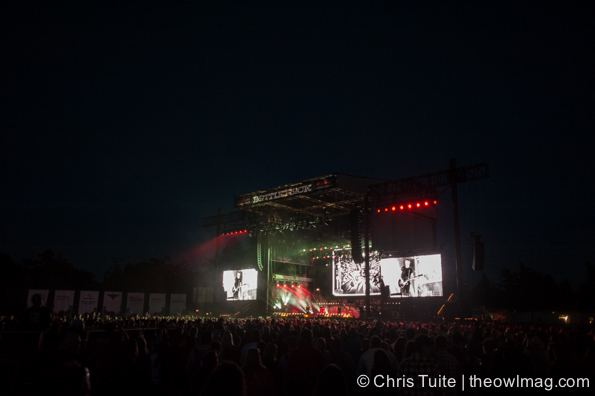 View our full photo gallery of sweet shots from Sunday at BottleRock HERE!
If you missed it, check out our coverage of Saturday’s acts HERE…
and Friday’s acts HERE!