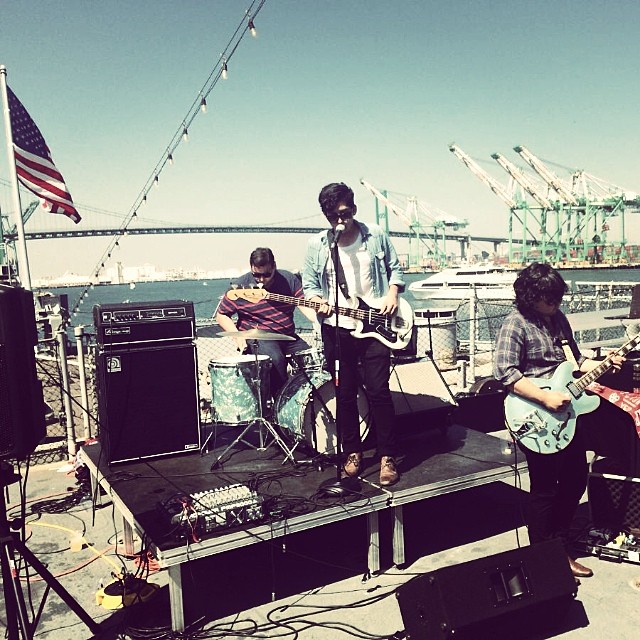 After releasing a series of well-received singles, East LA’s Pocket Rockets are hard at work on their first LP. The album’s first single, “The End”, is another instantly likeable gem, bringing a faster, harder sound to their surf rock. Drummer Chris Magallon says it’s a harkening back to their beginnings in high school.

“When we were playing backyard parties, bands like Moving Units and the Rapture were the thing.” “The End” blends the dance punk energies of those aughties groups with jangly surfgaze guitar and bassist Ralph Blanco’s impassioned vocals.

“We put it all on the line, and it got us nowhere,” croons Blanco. With an appearance at South by Southwest lined up, and a debut full-length on the horizon, “The End” seems like anything but for this crew.