ALBUM REVIEW: “Sound The Drum” by The Mowgli’s 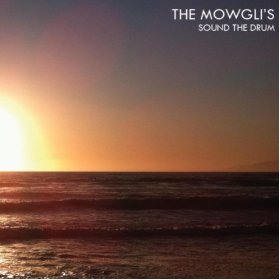 The Mowgli’s
Sound the Drum
[The Collective CA]

“Oh, well hi, hey there, hello,” to The Mowgli’s! This eight-piece collaborative band, rooted in the San Fernando Valley, has a Southern California soul. Following the mantra “Let the good times roll,” this collective is all about living life to its fullest and working together as a community.

Their debut album, Sound the Drum, feels a bit like Edward Sharpe & The Magnetic Zeros, but is a bit rougher around the edges. But that’s just like life, right? There’s a little grit in it. Themes of togetherness and growth are expressed throughout, and we’re receiving the message loud and clear. There’s nothing like an indie sing-along with a caffeinated kick to brighten your day!

This musical family is kicking off a short Southern California tour with an album release party on May 8th. They’ll be performing the full record while charming audience members with their free spirits and love for each other – and their art.