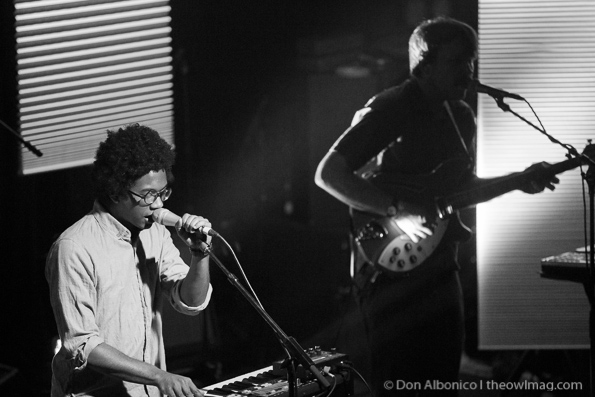 Sinkane with their psychedelic funk rock got the crowd going. Pulling out a talk box really gave these guy a ’70s sound that the crowd really loved. With the age of the crowd, we’re not sure how many actually knew what the plastic tube taped to the guitar player’s mic was until he used it. Shades of Peter Frampton there.

Toro Y Moi brought the party to the Independent. Playing mostly from his latest release Anything In Return. His chill-wave gets your head moving, then your body joins in. If the Indy wasn’t so packed, the dancing wouldn’t have been confined to the outside of the crowd. He brought in some extra lighting that really gave you a feeling of a much larger show. Go check out both of these bands for a great night out.