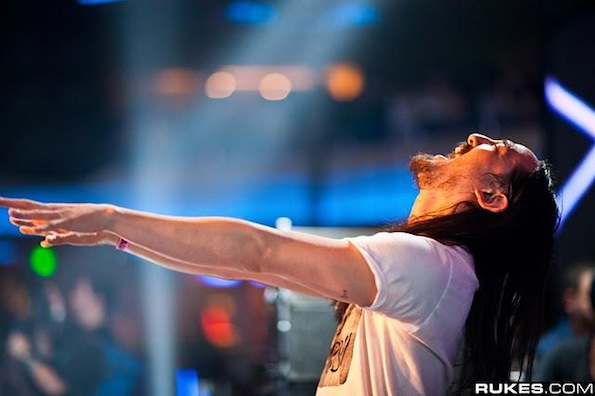 Los Angeles based electro DJ and producer Steve Aoki will be stopping by live music capital of the world, Austin, Texas on November 19th. He’s the founder of his own label, Dim Mak Records, which has released music by other electro artists and launching the careers of some of the most influential bands the last decade. Steve Aoki is known for his high-energy dance beats and crazy live shows. He’s been touring the world promoting his upcoming album, Wonderland. It features numerous guests including Zuper Blahq, Kid Cudi, Lil Jon, Weezer, Black Star, and more. A teaser of his new song “Tornado,” a collaboration between him and Tiesto was recently released. Check it out below: