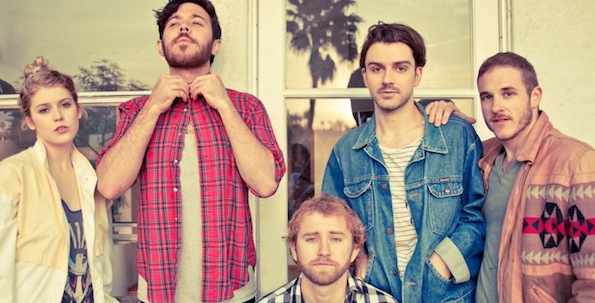 We love a band that finds ways to show a true appreciation for their fans, and in the age of the ‘net, Los Angeles indie-folk quintet Milo Greene has taken their fans’ dedication to the networks — the social networks, that is. When you head to the Rickshaw Stop in San Francisco on May 18 to hear the songbird harmonies of Milo Greene, snap a rocking shot of the band (bonus points if you catch them when both male and female vocals are floating softly into the air) for Instagram and/or Twitter, and you just might find your fancy iphonography or androidography, we don’t discriminate — on the band’s blog!

Already slated to play Lollapalooza this August, Milo Greene, which draws comparisons to acts like Blind Pilot and latest radio favorite The Head and the Heart, is a band worth seeing live before you have to literally crowdsurf your way to the front to capture the musical moments on digital film. Check out other fans’ photos on Milo Greene’s blog, watch videos, and hear their latest singles, “Don’t You Give Up on Me” and “1957.”