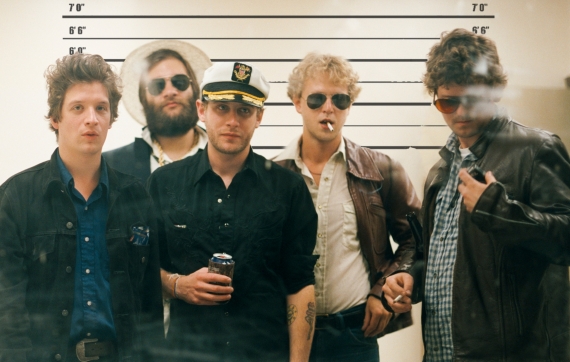 Providence, Rhode Island’s Deer Tick is hitting the road again in support of their fourth and latest album Divine Providence to be released on Partisan Records October 25th. And guess what? The guys will be heading to The Independent in San Francisco on November 4th for what promises to be a rowdy display of musical prowess for their soon-to-be fans and devoted followers known as “Tickheads.” Deer Tick has been described as toeing the americana-folk line of the indie world but be prepared to see a more gruff and less twangy version of the band rounded out by frontman John McCauley’s hoarse vocals.

A few months back, the band performed a few shows under the moniker Deervana where they played entire sets consisting of Nirvana songs. McCauley’s raspy vocals seemed to successfully channel the essence of Kurt Cobain‘s vocal style during those limited edition performances. Perhaps the band’s alter-ego played a role in their edgier aesthetic? Or maybe their experience in creating Divine Providence hatched the idea for Deervana? Regardless of whether the chicken or the egg came first, if you’re into no frills hard rocking bands, we suggest checking Deer Tick out when they pass through town. If you’re lucky, maybe you will catch a Nirvana cover or two while you’re there.