FROM THE NEWS NEST: HEALTH to Compose Soundtrack and Score for Max Payne 3 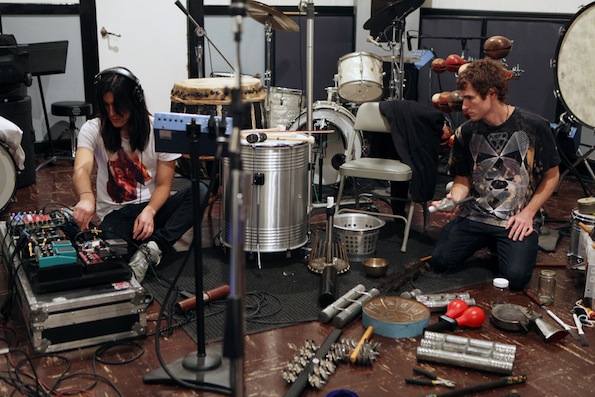 Los Angeles-based band, HEALTH, is currently in the studio composing the score and soundtrack for the upcoming third game in the award-winning series created by Rockstar Games, Max Payne 3 to be released May 15. Along with bringing their distinct energy and rock-n-roll style to compose the in-game score for Max Payne 3, HEALTH is also kicking out some exclusive tunes for the game’s soundtrack. Some of their current w

ork can be heard on the newest promo video for the release of Max Payne 3:

Here’s what HEALTH had to say about working on the project: “Video games are redefining entertainment and whether people like it or not, they are becoming as culturally relevant as films,” said the band. “We feel that Rockstar’s projects have an undeniably raw and tasteful aesthetic. It's vitally important to us that we be involved in things we respect artistically. Max Payne 3 has a complex story that unfolds mercilessly and we are excited to be a part of it.”