FROM THE NEWS NEST: Celebrate Record Store Day in LA with Origami Vinyl 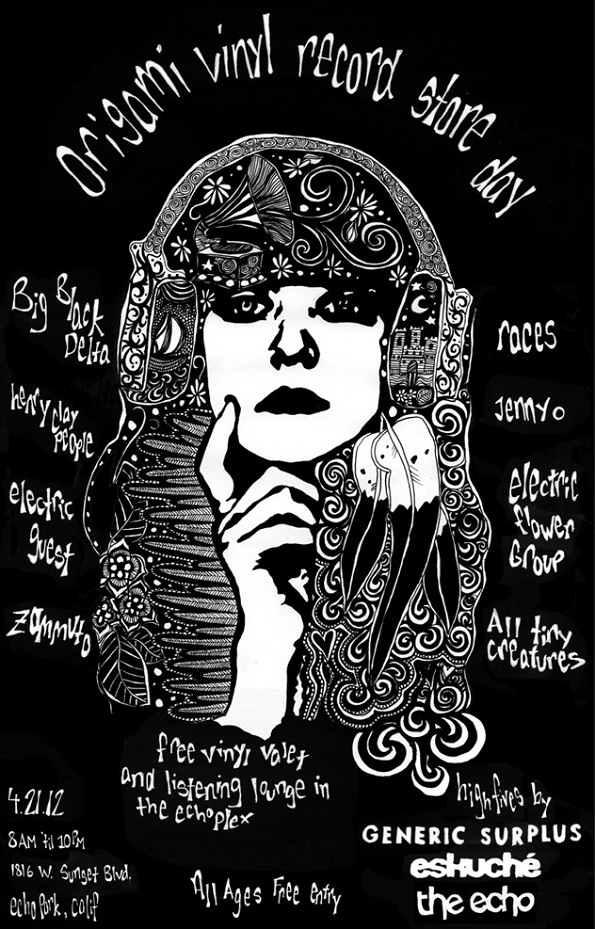 Origami Vinyl is teaming up with The Echo, Generic Surplus, and Eskuche Headphones to celebrate Record Store Day on Saturday, April 21st. Origami Vinyl will be opening their doors at 8am, and the first 300 people get a free Origami Vinyl/Generic Surplus Record Store Day Tote Bag with their purchase. Literally put the needle on the record on the back patio at The Echo where there will be turntables and headphones by Eskuche available for listening to any new vinyl purchases.

There are 8 bands scheduled to play at The Echo with the first band starting at 12pm. Record Store Day at the coolest record store in LA, 8 bands at The Echo, and numerous guest DJs spinning in Origami Vinyl, and even a BBQ to satisfy at least one of your other senses – it’s a CELEBRATION! There is even a vinyl valet, where any vinyl purchases can be checked in and safely held throughout the live shows. They’ve thought of everything.