Last night felt more like a variety show, but all brought some serious strengths, and really, how can you have a bad time at the Fillmore? You can’t. 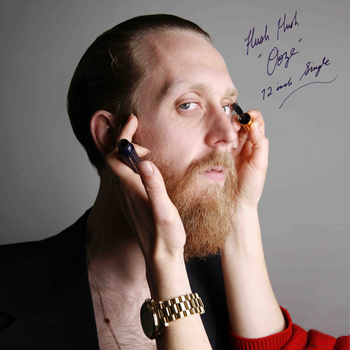 Hush Hush, a one-man sideshow, little to no information about him available. Just an absolutely ridiculous set (to which almost no one was there for) of gross lyrics with very extremely high levels of entertainment (think Wallpaper, but dirtier and almost, if not more, entertaining). If you need a visual, please see above image for inspiration. Hits like “Open Your Mouth,” “Sex Party,” and “Bloody Sex” are just some of what he has to offer. Stunning good looks and complete and utter confidence are at the top of his key personality traits. 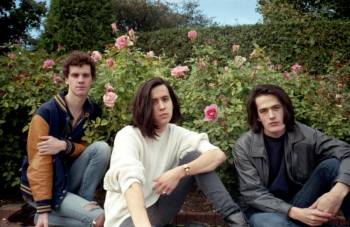 What I was expecting from my much anticipated main attraction, Smith Westerns: Youngsters wailing on their instruments, belting out well-written lyrics, and impressing me all over the place. What I got: Definitely youngsters (they’re adorable, come on), a little bit of wailing, a whole lotta belting, about zero on the awe-factor scale. The songs that destroy on Dye It Blonde fell pretty flat and the entire performance kinda felt like one song strewn into the next, not much differentiation, and no energy. They just didn’t really seem impressed in general to be in SF. Bummer. Especially after coming down off a high with a real weirdo like Hush Hush. 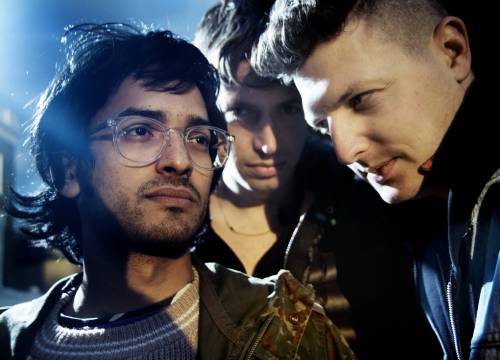 Still feeling a little bummed after the lackluster Smith Westerns experience, I wasn’t expecting much from Yeasayer. Having seen them 2+ times since Odd Blood dropped in 2010 (god, how snobby does that sound?), and with no real new jams since then, what could I possibly see that I hadn’t seen several times before? Turns out a whole freakin’ lot. First of all, Chris Keating’s mom used to be a cocktail waitress during the Grateful Dead glory days (epic), and the entire Brooklyn-based crew strolled the stage, chatted, and in general, really just felt at home. It was obvious from the high energy, extreme effort, and excitement that they were pretty pumped to be there. As was I. They played a few new songs, which were surprisingly awesome, but mostly cranked out all the crowd-pleasers from Odd Blood. There was one awkward moment where Keating started to mention a bad review they got from a buzz blog (ahem. view here.), but was cut off by the rest of the band. They left it at Ira saying, “Anand doesn’t look ethnic, does he?” You’ll get it once you read that atrocious piece of garbage (I canNOT stand lol-speak, nor anyone who passes it off as any sort of journalism. Just pure trash.). Anyways, from an impressive array of audio-visual synchronicity to fun stories and blaring rhythms, there really was absolutely nothing wrong with last night’s performance. And we left with a sweet poster. Win-win.