Tuesday night saw a sold-out show at the Echoplex in Los Angeles for Oakland’s indie, hip-hop, and folk melding quintet Why? with openers Serengeti and Adventure Time. 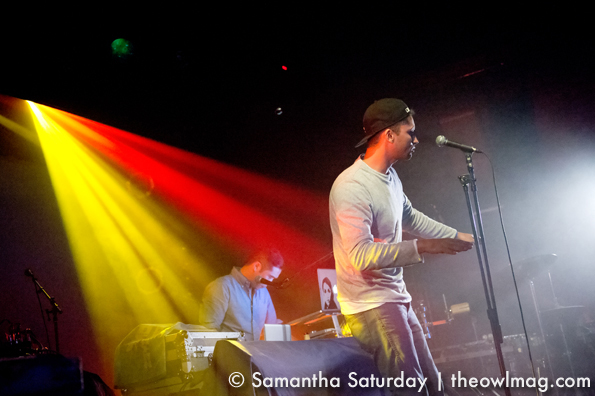 Dave Serengeti’s tongue-in-cheek style of underground hip-hop was the perfect opening for the night, slinging lyrics about his native Chicago and the sordid characters he’s come across. 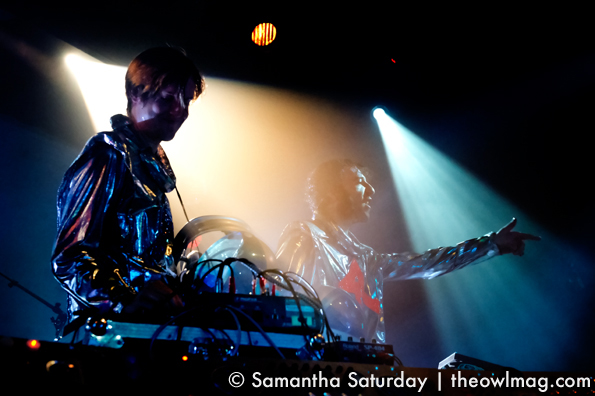 Second on the bill was electronic duo Adventure Time, featuring DJ Frosty and dub pioneer Daedelus. Stationed behind panels of knobs and lights clad in space explorer costumes, the pair got the crowd moving with whimsical electronic jams. 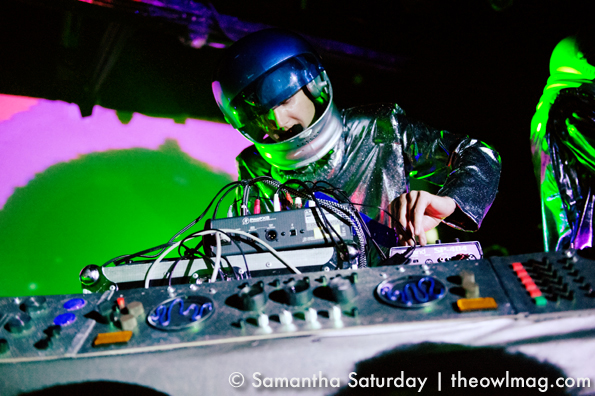 As five of the six members of Why? stepped up to their instruments lining the back and sides of the stage, they rambled into the intro of their opening tune. After a few seconds, the group’s ringleader Jonathan “Yoni” Wolf stepped up into the center of the stage, piercing eyes staring out into the audience, lyrics rolling off his tongue like darts. Where many groups might employ loop machines and queued up laptops, Why? chose the more tangible route, producing all their beats through dual percussion, led by Yoni’s brother Josiah. 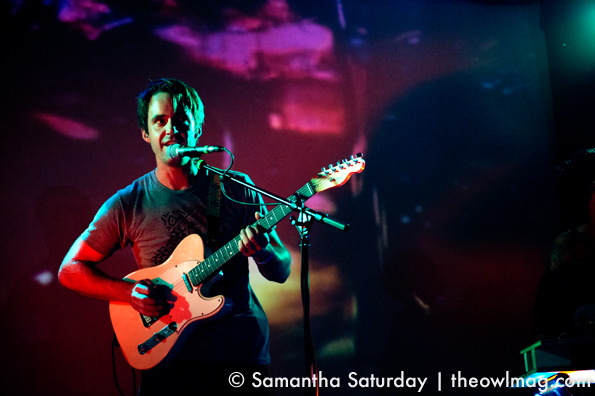 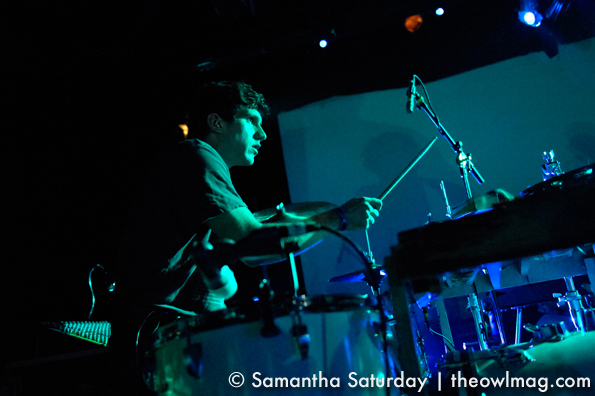 Yoni’s arresting stage presence, combined with the band’s intricate and well-crafted live instrumentation, left the enthusiastic crowd grinning and euphoric. After catching their performance, we look forward to what Why? has in store for the future…we’re sure that it will be nothing short of mesmerizing. 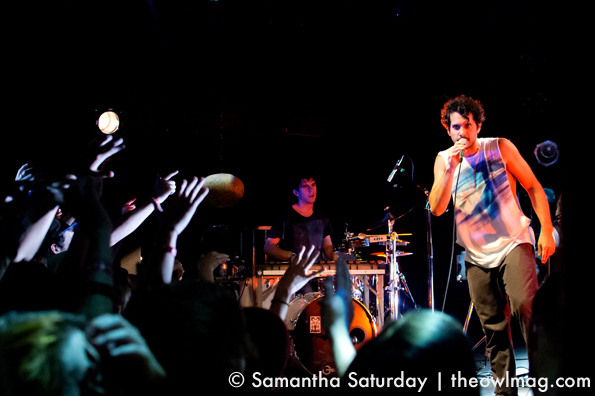