Highlighting some legendary folk musicians, as well as some of the newer up and coming indie folk artists, The Way Over Yonder Folk Festival once again graced the Santa Monica Pier. 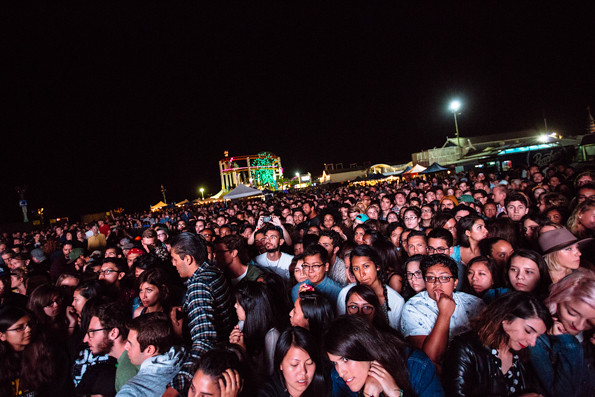 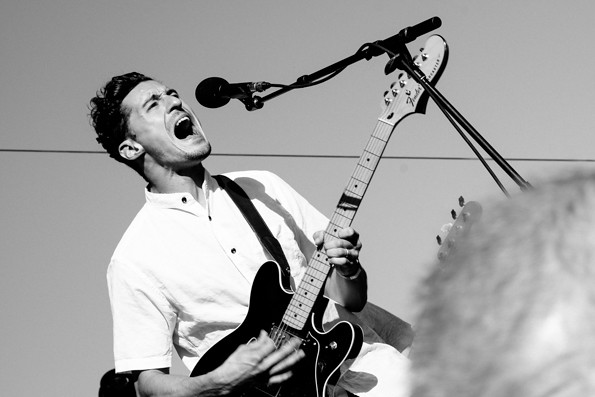 We began our first day at the main stage, catching the tail end of Bootstraps‘ entertaining set. The crowd warmly welcomed the folkish styling of the band who soaked up every minute of the spotlight (or sunlight). 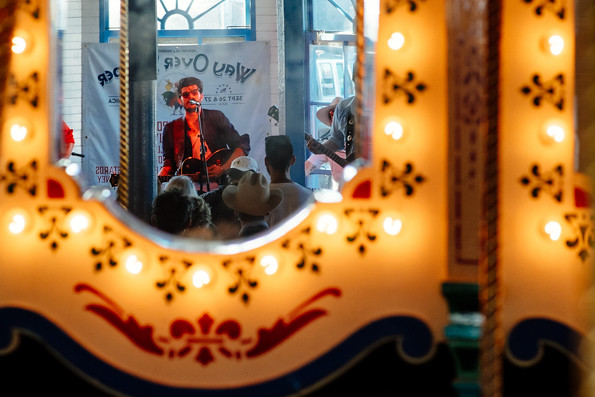 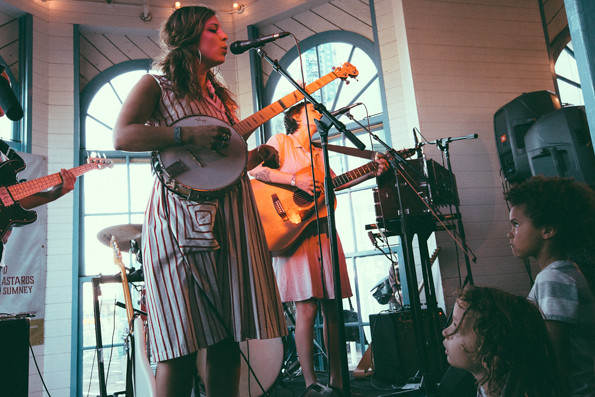 We then headed over to the carousel stage to catch The Wild Reeds. The stage took up a small corner of the room, the perfect setting for the acoustic and harmonic sounds of the Los Angeles based group. Families sent their children to the front of the stage to catch a better view while all attendees smiled in admiration of the childrens’ enthusiastic curiosity. Unfortunately the air flow was not great in the room hosting the carousel and its stage, so the temperature quickly rose creating an uncomfortable feeling. Of course, if one could not bear the warm room, one could step right outside to cool off with the fresh ocean breeze. 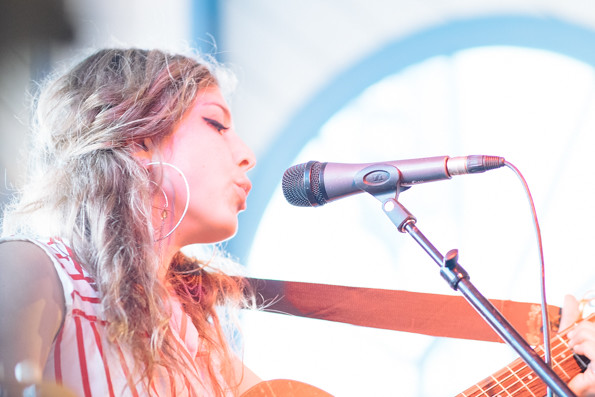 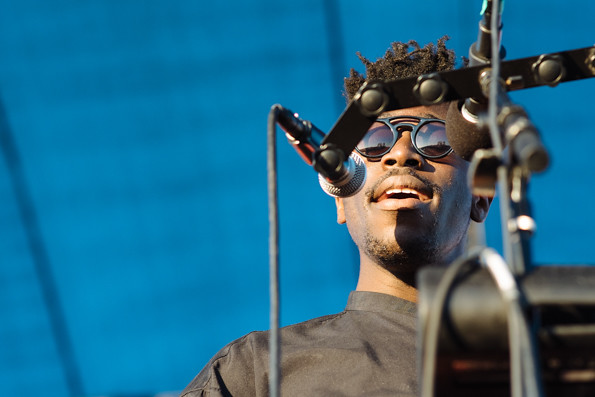 And that’s just what we did, heading over to the main stage to get a good spot for the young talented man named Moses Sumney. At first, Sumney was accompanied only by his guitar. His remarkable voice and slick strumming quickly quieted the noisy crowd. His soulful tunes, reminiscent of a young Al Green, had most in attendance staring off in admiration. This local musician is definitely one to watch out for as we expect big things from him. 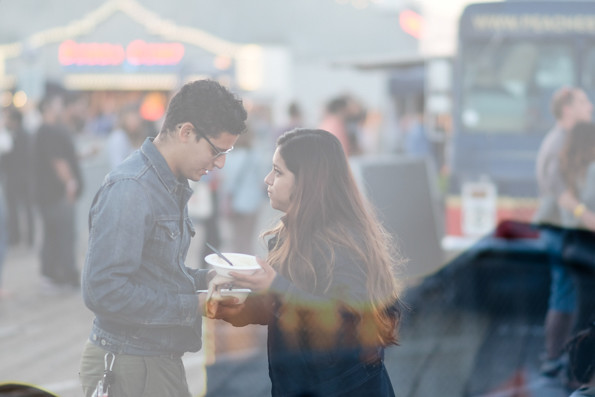 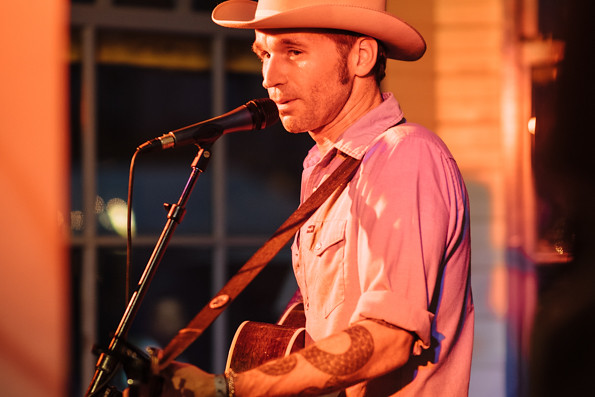 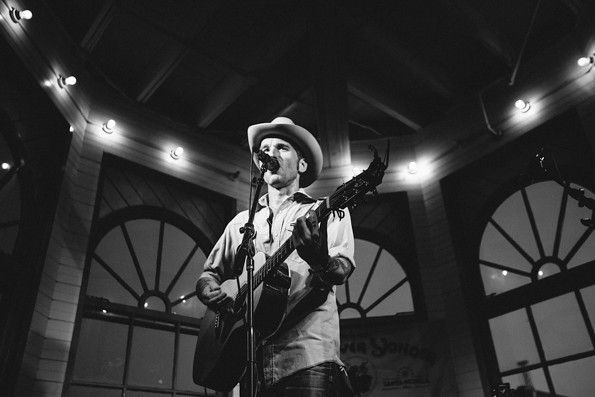 The sun began to set on the pier as we made our way back to the carousel. The colorful lights decorating the pier began to illuminate everything, creating a perfect setting for what was yet to come. As Joe Fletcher began his set, the backdrop of classic windows and plain lights was perfect for his stripped down southern rock inspired jams. 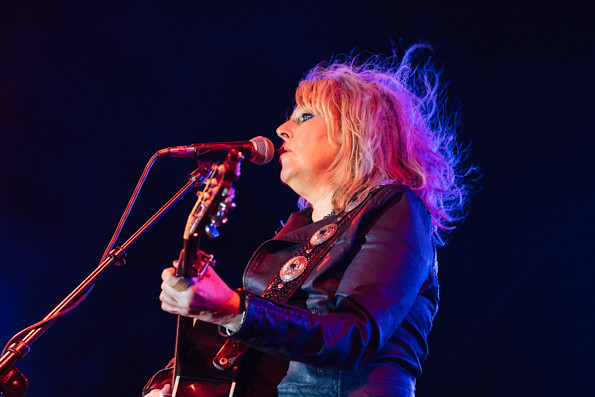 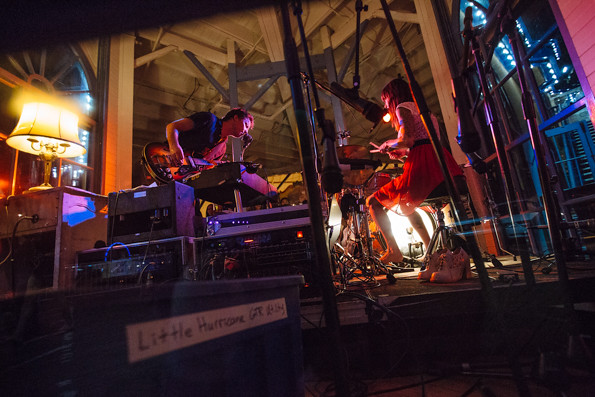 The legendary Lucinda Williams lit up the night herself with a great stage presence, singing all of her greatest hits. Her years of experience were evident as she danced across the stage with such confidence while strumming her guitar. 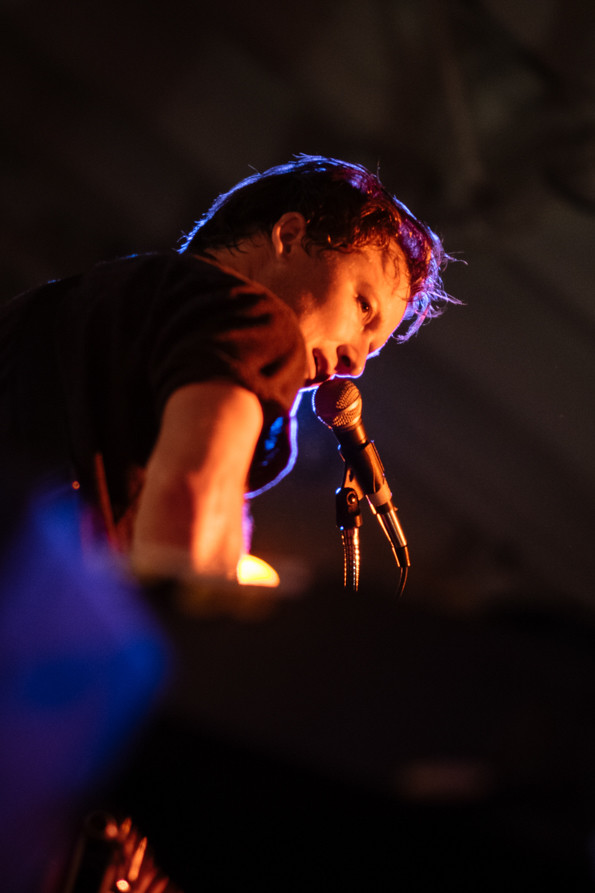 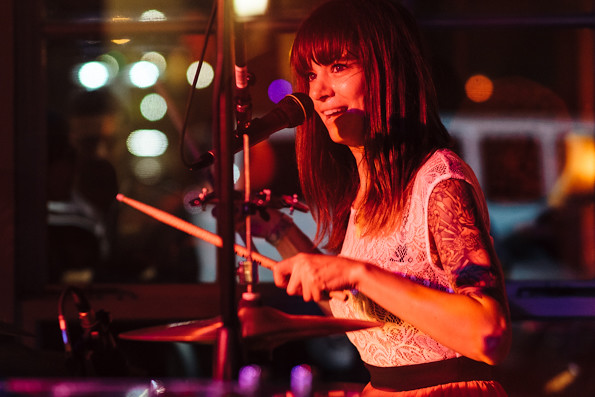 There was much debate over missing Little Hurricane‘s set in order to get up front for Local Natives, but that was quickly settled. It would have been a disservice to Little Hurricane to skip them and we are glad we didn’t. The band’s set was one of the highlights of the day, played with such a passionate energy. As a bonus, we were able to take the carousel for a spin while the band played. 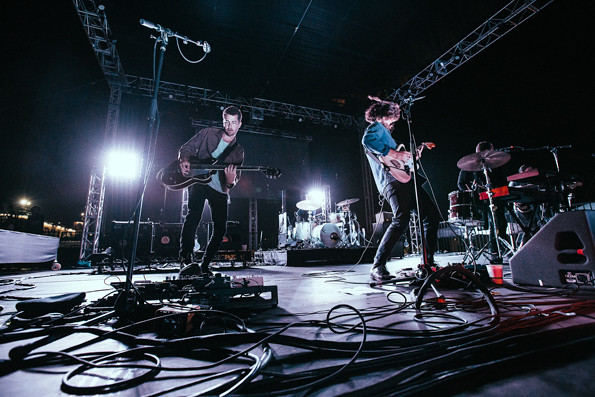 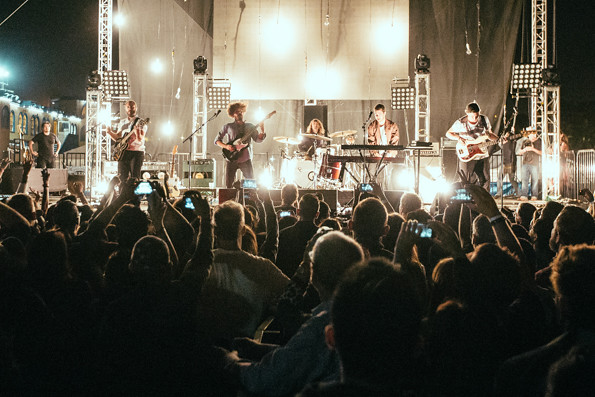 As we worked our way to the main stage, we found it packed with many squeezing in tight, others attempting to sneak their way up front. The rising anticipation could be felt in the air as everyone awaited Local Natives. The band came out and blew everyone away with a perfect performance. Playing a good mix of both their albums, the crowd sang every word and danced to every second of their set. A magical feeling circulated as the group gave their hometown fan base everything they wanted. 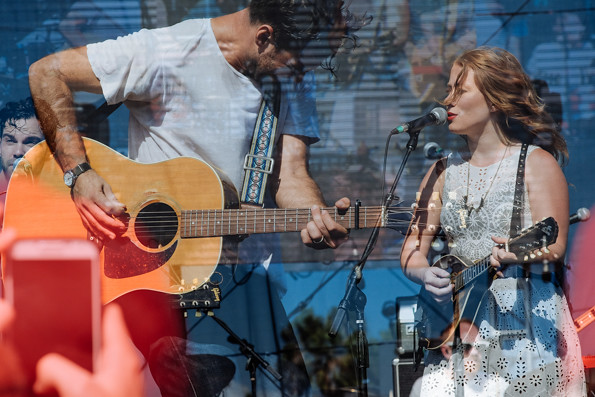 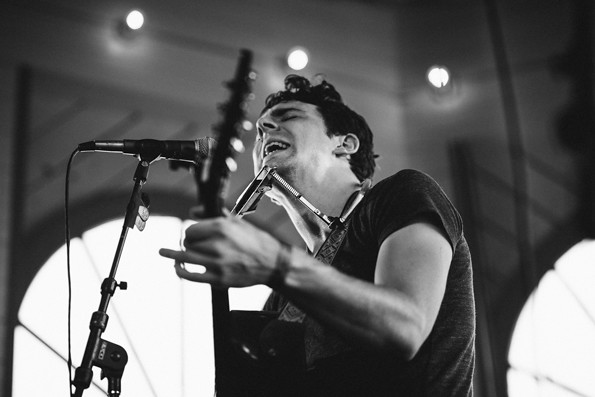 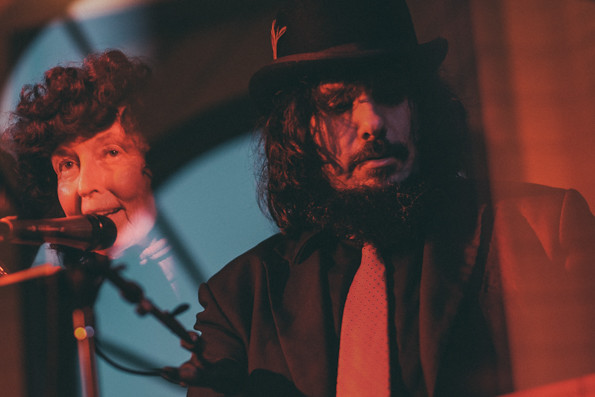 Even with the tremendous Friday lineup, folk fans couldn’t stay away from the likes of The Lone Bellow, Joe Pug, and the influential Jackson Browne (who made a cameo last year during Jonathan Wilson’s set). In its second year, Way Over Yonder has solidified itself as a staple LA music festival, a perfect way to say good bye to summer. 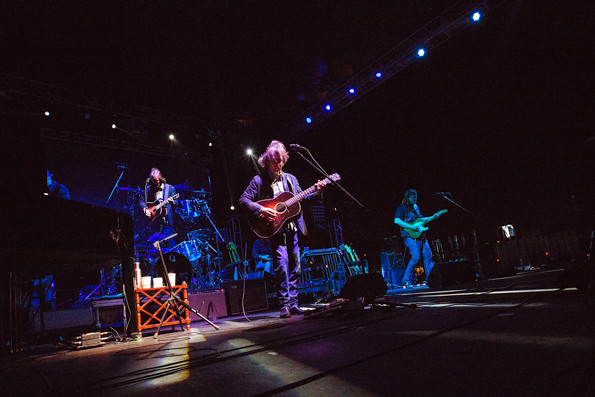 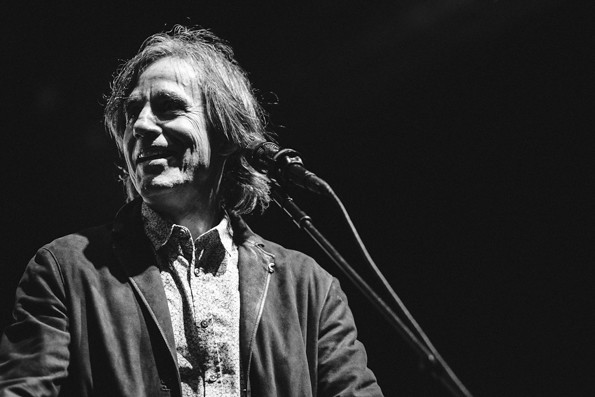 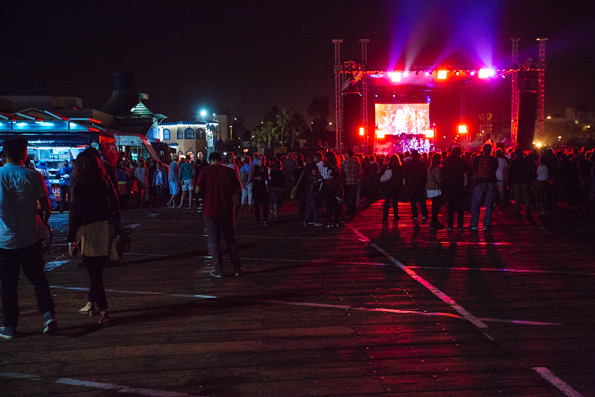 all photos courtesy of Travis Button.