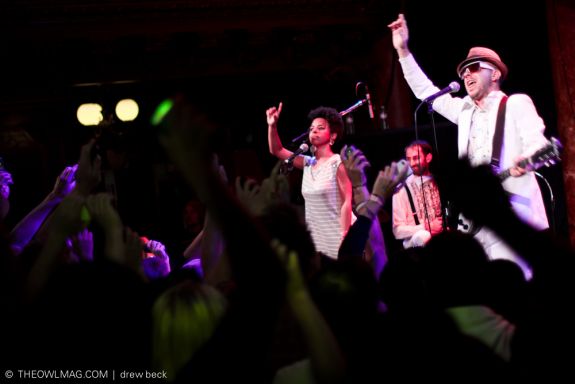 Wallpaper, how do I love thee? Let me count the drunk chicks. 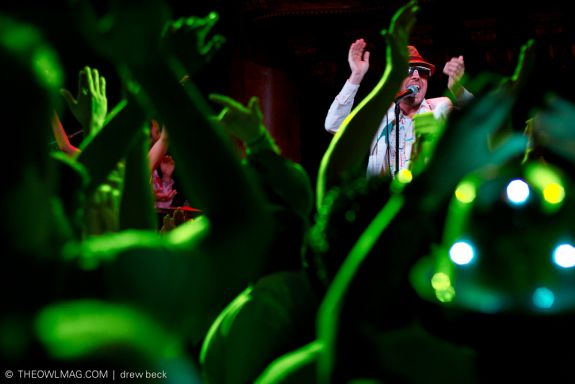 Ricky Reed, Wallpaper frontman and alter ego of Oakland local Eric Frederic, went big this weekend at the Great American Music Hall in support of the new #STUPiDFACEDD EP.  The crowd was aptly amped for the party about to take place (thanks in part to openers AB & The Sea and The Hood Internet) and when Mr. Reed hit the stage with two drummers and a back-up diva — fully fitted in white ruffled tuxes circa 1984 — the audience got, well, stupid facedd. 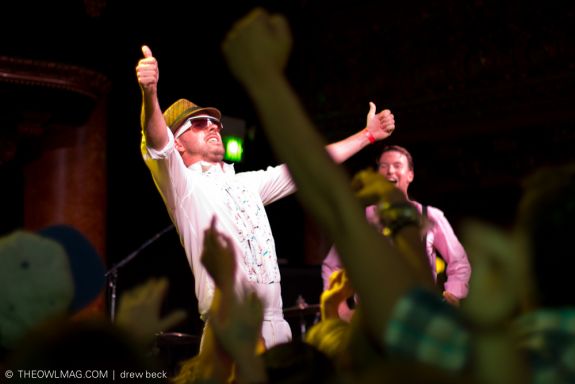 The foursome went nuts on opener “Shotgun,” unleashing the signature synth bass ‘n beats and hilarious party-induced lyrics (“wet shorts, wet green paper/I drink rum with Capri Sun chasers”) for which they’re known. Mixing new hits (“butt2butt” and “2 Pair a Shades”) with classics from 2009’s Doodoo Face (“ddd” and “I Got Soul, I’m So Wasted”), the evening proved to be both a rad homecoming and birthday celebration for Mr. Reed. 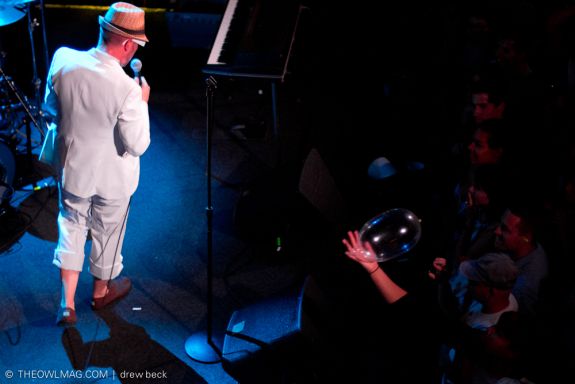 Highlights are too numbered to count, but “FUCKINGBESTSONGEVERR” was particularly genius live: Wallpaper’s satirical play on pop music, pop music fans, partying, and telling your drunk-ass friends how much you fucking love them, has never been mocked and celebrated in such brilliant harmony (capped with the break the band took to hug each other). 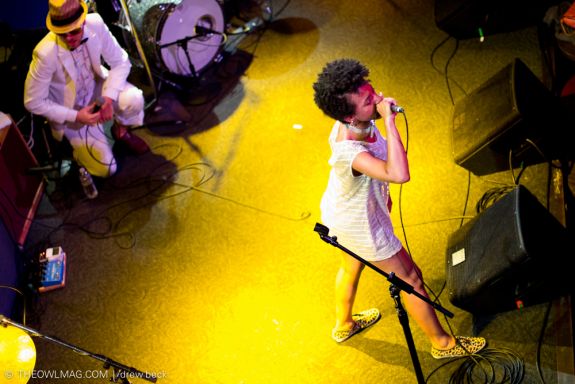 Special shout-out to Wallpaper’s other half Arjun Singh (in a valiant return after rocking Bollywood), who kept the synth tracks rolling and could certainly teach many modern hip-hop artists a thing or two about genius electronic production and live performance energy; the sound never felt canned or stale, as is often the case with backing tracks, and the blend of electronic triggers and crackin’ kick drums kept us all on point. Or at least, you know, drunk, happy, and dancing like maniacs. 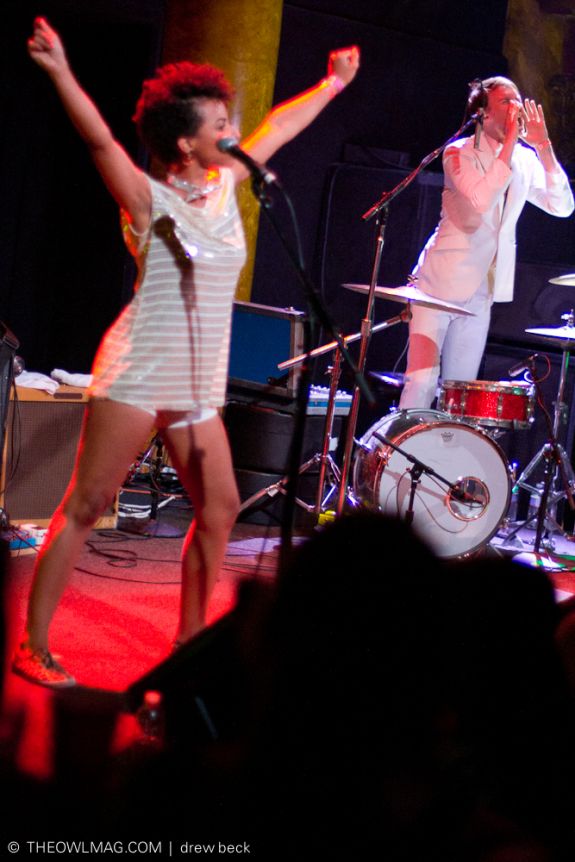 Check out #STUPiDFACEDD EP on iTunes 7/26, revel in the brilliance of naming a satiric slappin’ pop album as a hashtag, and go big like T-Rex when Wallpaper hits your ‘hood.

(Thanks to Drew Beck for redonkulous photos!)