The Stone Foxes kicked off 2011’s Voodoo Experience the night before gates were set to open at City Park in New Orleans. Hitting the House of Blues stage hard, the San Francisco-based band effortlessly switched instruments during their 45 minute set, with quirky drummer Shannon Koehler regaling fans with expert vocals, percussion work, and some sweet harmonica jams. A particular highlight of their set was Shannon’s duet with a violinist they had “just met earlier that day” on the poignant “Passenger Train.” 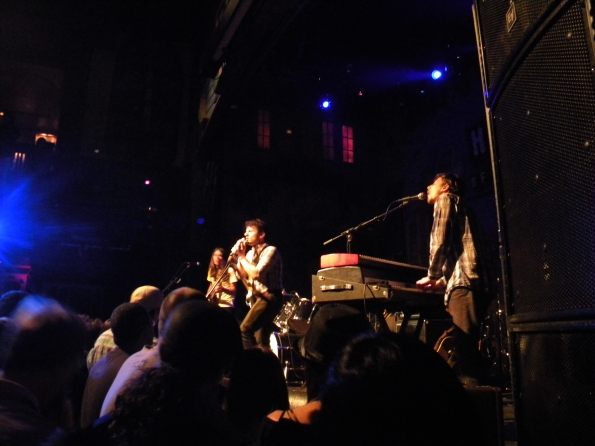 The Stone Foxes
Headlining the festivities at the House of Blues was City and Colour. Headed by the former frontman of Alexisonfire Dallas Green, City and Colour are an acoustic folk force to be reckoned with, combining sparse, beautiful arrangements with potent lyrics and strong vocals. Highlights from City and Colour’s set include Green leading the audience through “What Makes a Man” solo and ending the evening with an encore of “Comin’ Home” and “Sometimes (I Wish).” 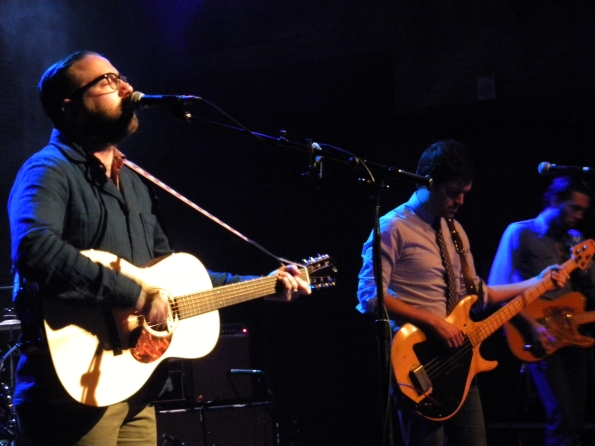 City and Colour
Less than ten hours after Green’s guitar rang out its last note at the House of Blues, the Voodoo Experience had hit New Orleans. One of the first bands to take the main stage was South African band Civil Twilight. 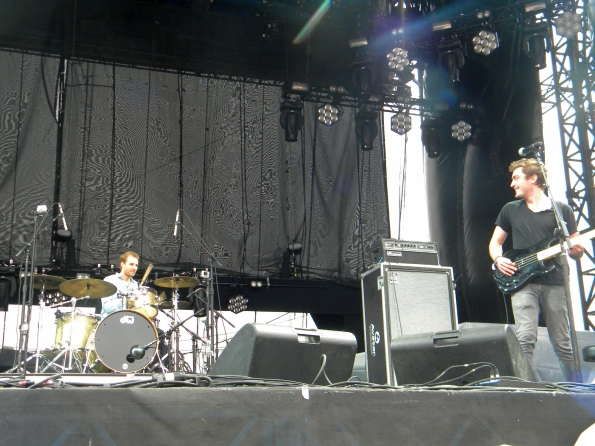 Civil Twilight
The trio played mostly from their masterful 2009 self-titled debut, which has finally begun to get noticed in America. Despite their tight sound and frontman Andrew McKellar’s ability to get lost in his music, he did take notice of my yachting cap as I photographed the band, complimenting it between songs before launching into such hits as “Anybody Out There” and “Next to Me.” 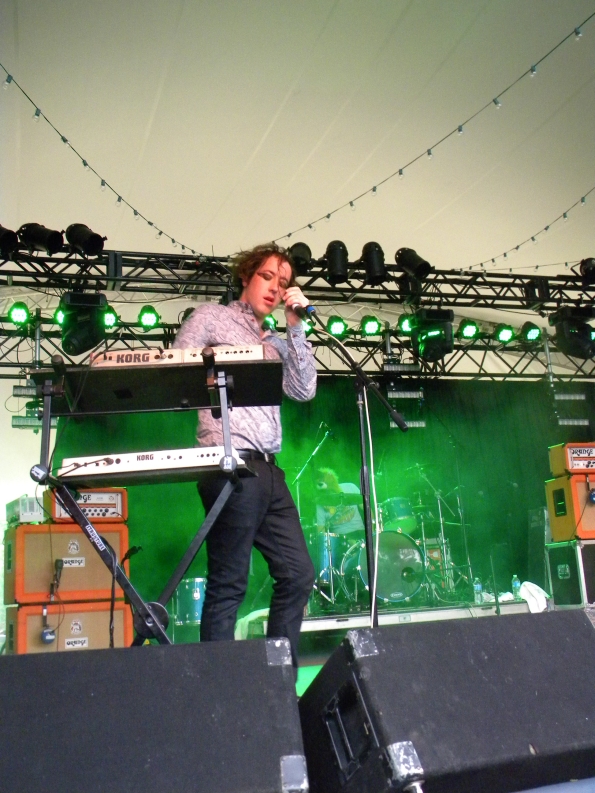 The Wombats
Soon, I headed over to the Bingo Stage for The Wombats who were drunker than they’d been in almost three years, according to the band themselves. Despite their inebriation, the British boys played a great set, complete with incredibly entertaining drunk banter. Thanks to their set, I now have a new appreciation of their latest album This Modern Glitch and know not to go to Glastonbury because, according to the band, it’s boring. 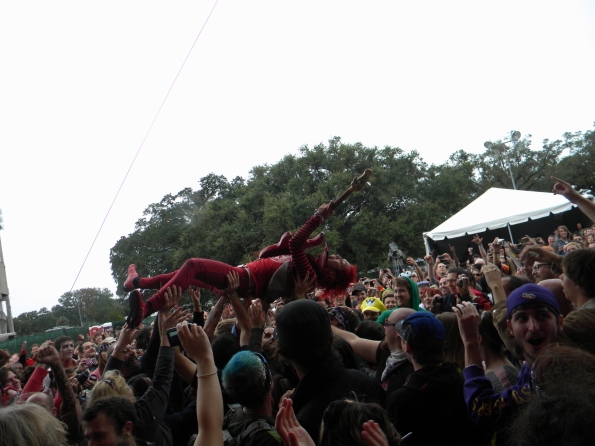 Peelander-Z
Taking the Bingo stage next was the Japanese punk group Peelander-Z, whose crazy set began with bassist Peelander Red jumping into the audience and crowd surfing as he played. The band is known for their crazy personas and even crazier stage antics, which concertgoers just couldn’t get enough of. 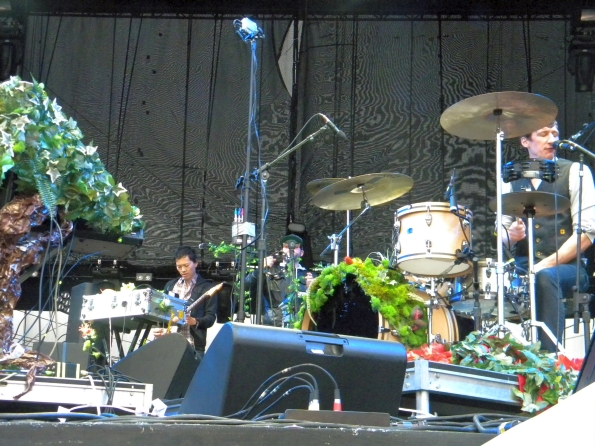 Mates of State
Mellowing things at the Main Stage were Mates of State, whose greenery-inspired stage design saw branches and leaves wrapping themselves around instruments as husband and wife duo Kori Gardner and Jason Hammel played from their extensive catalogue, including their latest single “Palomino” off the recently released album Mountaintops. 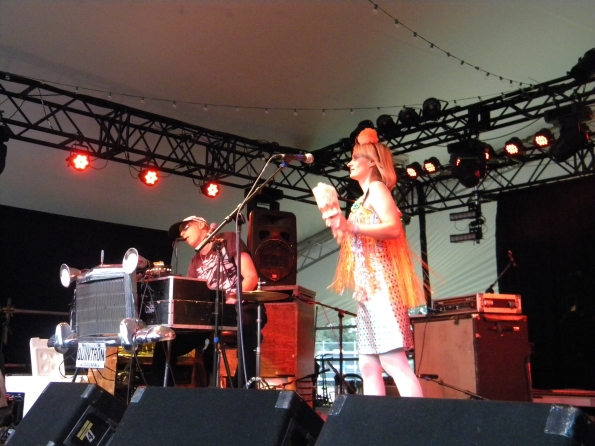 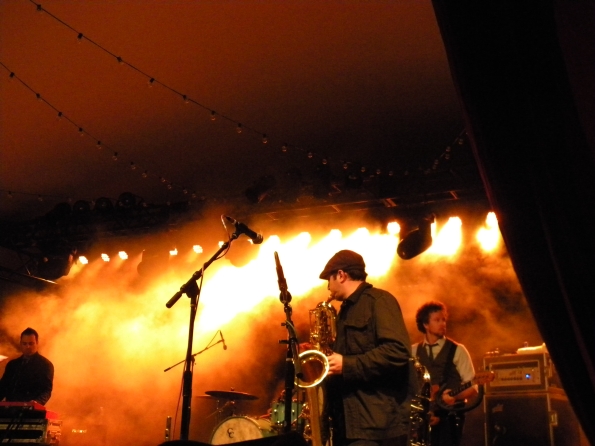 Fitz and the Tantrums
Despite winds picking up and a slight sprinkle, Fitz and the Tantrums brought the house down as one of the last acts to take the Bingo Stage. Last year, the band played that exact stage much earlier in the day and made such an impression on fans and festival organizers that they were invited back for a later set that did not disappoint, with the band covering fellow Voodoo’ers the Raconteurs‘ “Steady As She Goes” and the Eurythmics‘ “Sweet Dreams (Are Made of This)” as well as unleashing a new song, the catchy “Wake Up.”
login