I felt like I was in some sort of surreal dreamscape. There was fake fog, a screen showing Scott Baio ogling girls from the ’80s on roller skates, a glass of Jameson in my hand and the effervescent scent of weed permeating the scene. Then I realized that’s just Pop Scene for you. We waited for Theophilus London as the scheduled time of nine o’clock was not entirely accurate. The tension built as the doors opened at ten and the masses, who had heard the legend of this 23-year-old mixtape master from Brooklyn, filled the once empty venue. 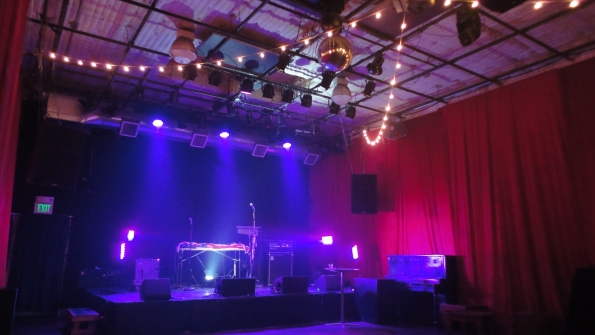 Many of the shows I’ve been to in San Francisco have been filled with a conglomeration of people from 25-40, but this show was all youth and why wouldn’t it be? That’s London’s target audience. Aaron Axelsen from Live 105 got the crowd sufficiently warmed up by DJing a phenomenal set as we continued to wait for the super-hyped rapper. Then out came Theophilus London in white pants, a black sequined shirt and a black baseball hat with “LVRS” (pronounced Lovers) in big white lettering. As I watched from the perch above, the crowd surged forward, and the lights went out except for a singular red light above the stage. “Why Even Try” started, the hands went up, and London’s smooth rhymes and slick moves shone through the darkness. 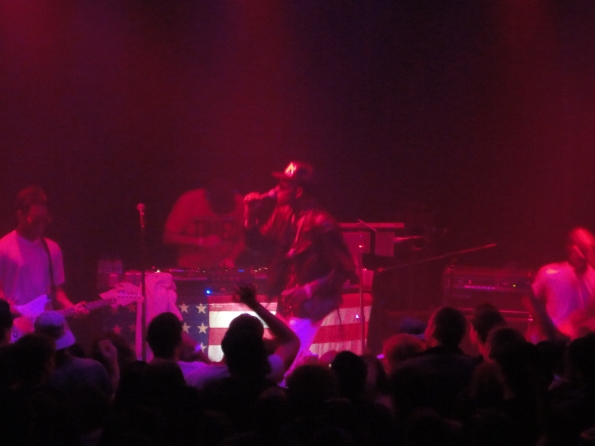 People talk about the first time they saw Michael Jackson, Prince or Eminem and that same feeling was palpable in the room that held merely four hundred. The sweat poured down as he enthralled his followers, commanding them like a preacher at the pulpit. After the fifth song, he grabbed a white towel, doffed his brow, and turned to the crowd, yelling “which one of you motherfuckers want to Skype tonight?” Everyone yelled back. He responded with a smile and said, “What’s my name? Last name London, first name Theophilus.” Then the song “Last Name London” hit like a tons of bricks and no one could keep from moving. 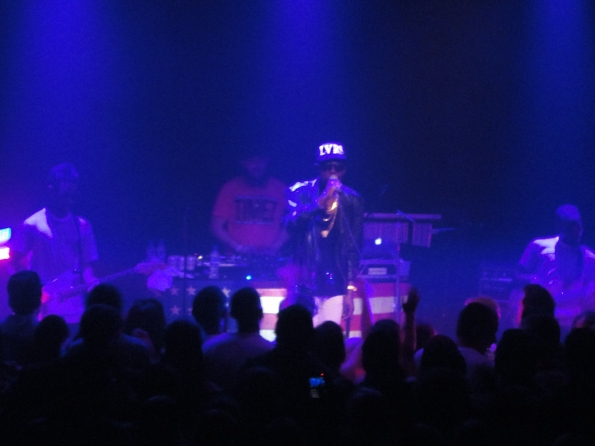 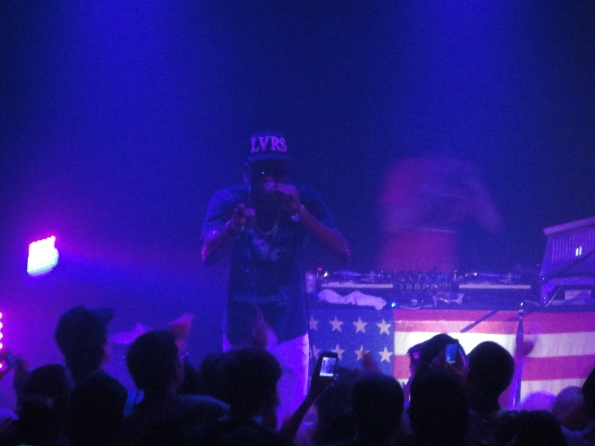 London has that it factor that audiences clamor for. “I ain’t one of those artist’s that’s gonna play for an hour, yo. I’m here as long as you motherfuckers keep movin’.” He then turned to the DJ and said, “This is the sickest record I heard all year. Best shit on the real.” The familiar beats blared from the speakers and Kanye West and Jay Z’s “Niggas in Paris” engulfed the room in the flames of hip-hop royalty, the place shaking worse than the earthquake that struck hours earlier. He moves around the stage like a man possessed and commands the presence of his audience like a snake charmer. Theophilus London is the real deal.