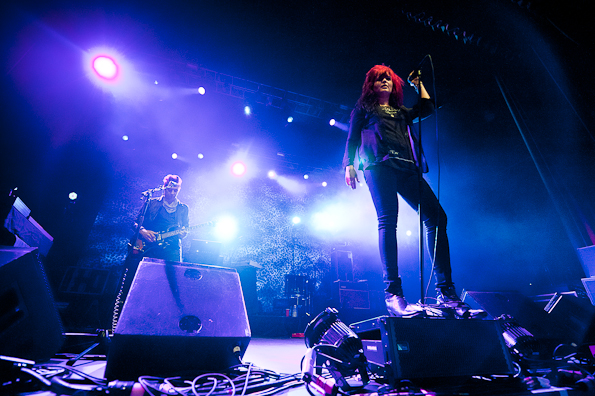 There hasn’t been a show at The Fox Theater that has disappointed me, and Friday night was no different. The Kills were in Oakland in support of their latest album, Blood Pressures, and their two-man band made the audience stomp and swell with frenetic energy. 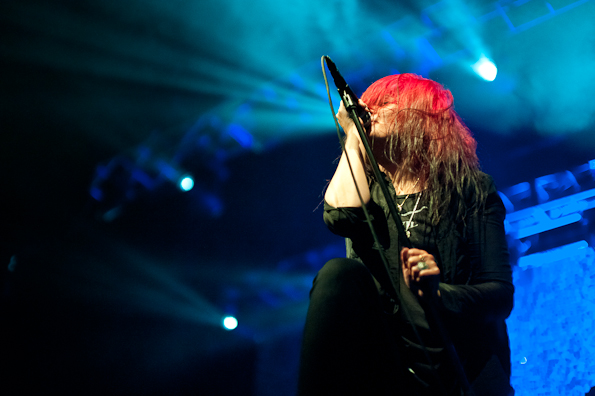 First up were Mini Mansions, with catchy pop songs suffused with textured instrumentals. A big sound for only three instruments (drums, keyboard, bass, and it’s four if you’re counting vocals), the band was an interesting light-fare opener choice for The Kills.

Eleanor Friedberger played next, with impressively smoky female vocals and an androgynous edge, but a vibe that was too low-key for the pumped-up crowd. She makes up half of Fiery Furnaces duo and that night she was flanked by two curly haired studs in jean jackets playing guitar.

Then the huge leopard print background descended, and The Kills were on. Alison Mosshart came on with pink hair and a leather get-up. A strange, yet captivating mixture of goth imagery and blues swagger, The Kills, ahem… killed it. Mosshart gyrated around the stage, tossing her hair and belting out the sex-soaked lyrics. Songs such as “Future

Starts Slow,” “My Heart Is A Beating Drum,” “Moscow Mountain,” “U R A Fever,” and “The Last Goodbye” made the setlist. During the encore Jamie Hence sauntered back on stage with a glass of red wine and a cigarette. 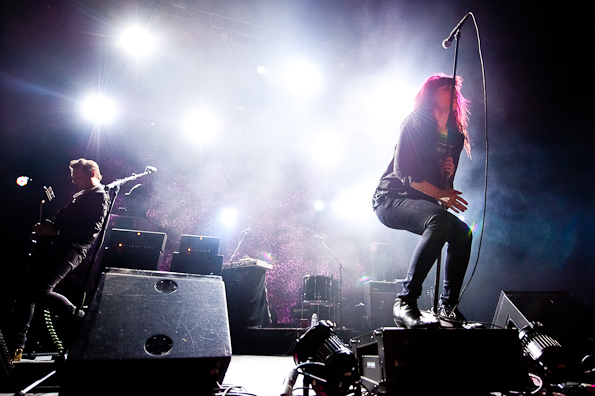 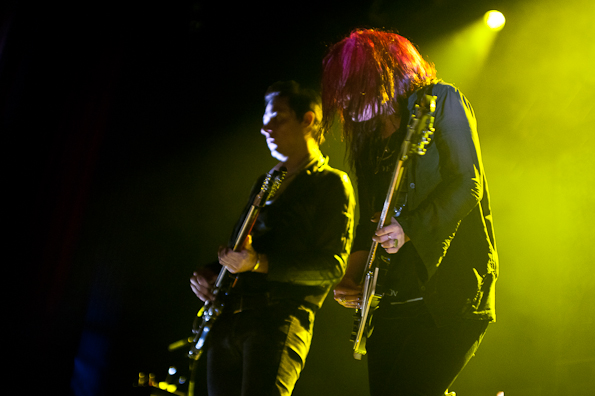 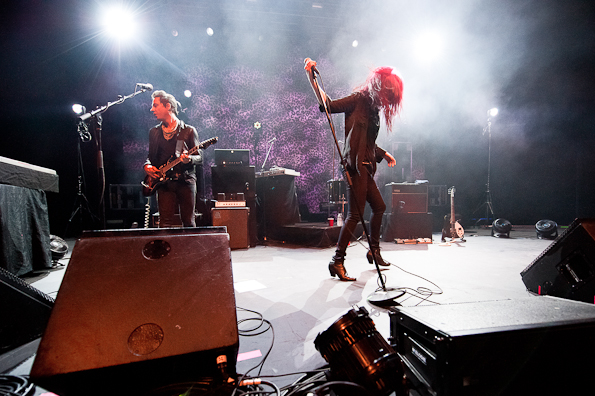 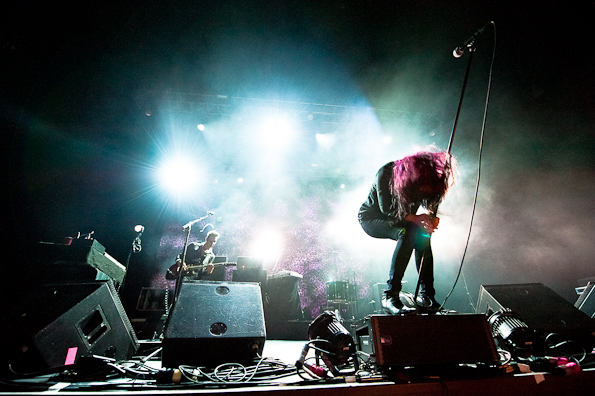