It took almost an hour for the ardent, nostalgic crowd to feast their eyes upon The English Beat after The Simpkin Project left the stage at HOB Anaheim but Dave Wakeling quickly won their forgiveness. He wasted no time launching into his set sending them into an instant frenzy. 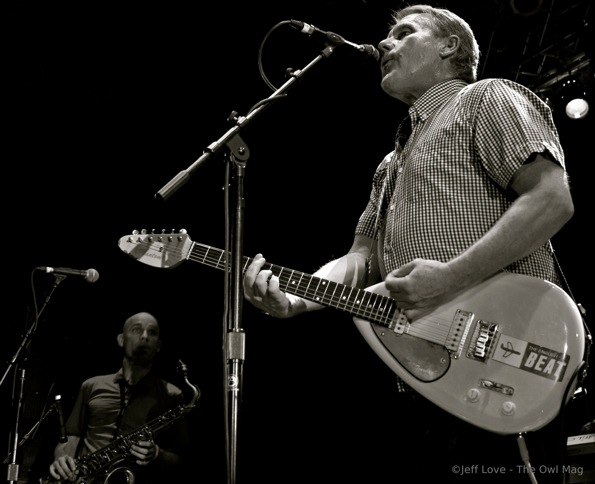 His playful banter between songs was charming and inspired an instant affinity making it easy to miss that the band began without their guitar player. Giving a whole new meaning to the phrase “fashionably late,” he arrived 4 or 5 songs into the set. The stage crew frantically plugged him in, got him tuned and off they went skipping only a small beat (pun intended). Again, thanks to Wakelings charming banter, the crowd gushed instant forgiveness. 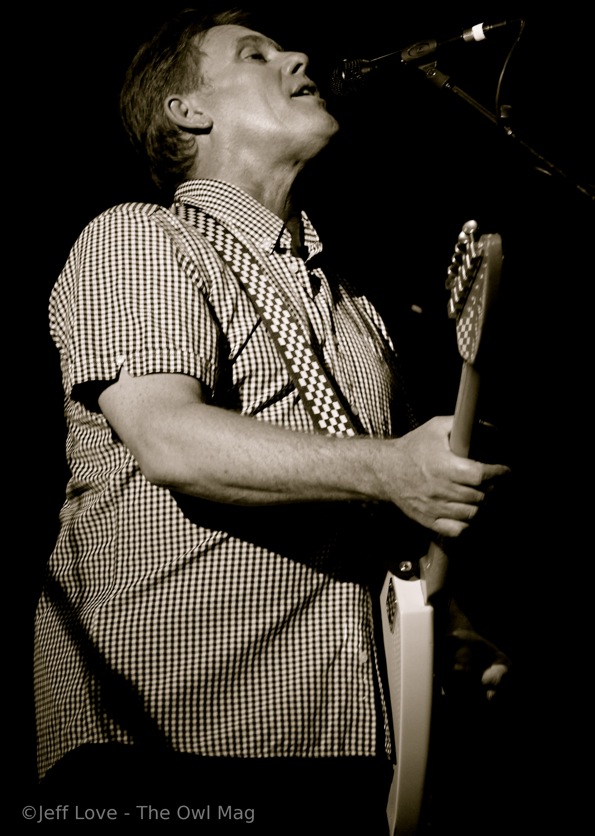 Most of the two hour set was a sing along with the audience of wall to wall people. The lack of elbow room didn’t stop a single one of them from flamboyantly dancing and singing, radically cheering at the first chord of every song. The mainstream favorites “Tears of a Clown,” “I’ll Take You There,” “I Confess,” “Mirror in the Bathroom,” and my favorite, “Save It For Later” in its fun, never ending extended version, were sprinkled throughout the entire set in between fan favorites like “Hands off, She’s Mine” and “Click Click.” 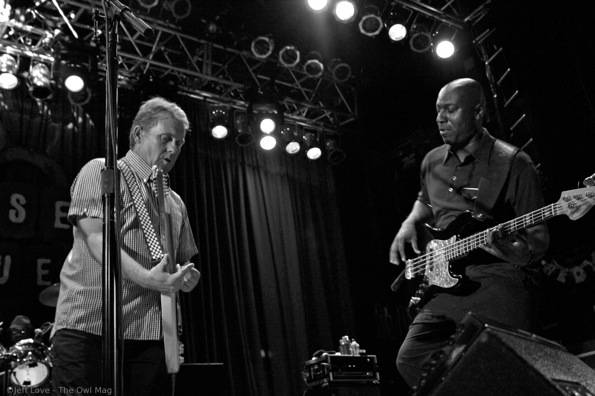 The highlight by far of this night was “Tenderness,” not technically an English Beat song but still Wakeling’s baby through General Public. I’ve never seen the energy in a room light up so instantly and there was an absolute afterglow for the remaining songs in the set. With 55 year old Wakeling just killing it and the 40-something crowd right there with him for the entire night, the show left me happy to report that age really is just a number.