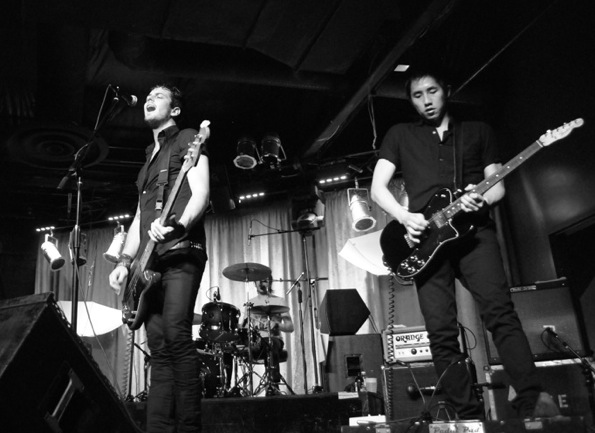 On a warm Thursday evening in Midtown, the sidewalks of R Street are bustling with anticipation from a line of people wrapping around the corner spilling onto 15th Street. If you have zero familiarity with Sacramento, the oxymoron in the previous sentence will have passed you by unknowingly. The last stop on the spring tour brought The Airborne Toxic Event into my neck of the woods and my curiosity about this Los Angeles-based band lured me out to Ace of Spades. A diverse throng of fans assembled in the all-ages venue; hipsters shuffled to the bar for cheap-but-still overpriced beer, bright eyed earnest teens rushed to the stage, and their parents patiently loitered in the back of the room.

Voxhaul Broadcast, a youthful fresh faced foursome from Orange County, is touring on its first full length album Timing is Everything in support of TATE. Though their opening set was short, these guys made a big impression in thirty minutes. Raspy vocals over blues based distorted guitars and keyboards evoked a soulful southern feel, striking a chord with the full house. When introducing “No Better Reason,” a high pitched female voice from the crowd commanded that David Dennis take his pants off. Though I couldn’t tell if the voice came from the crowd in the front or the back of the room. See? Big impression. 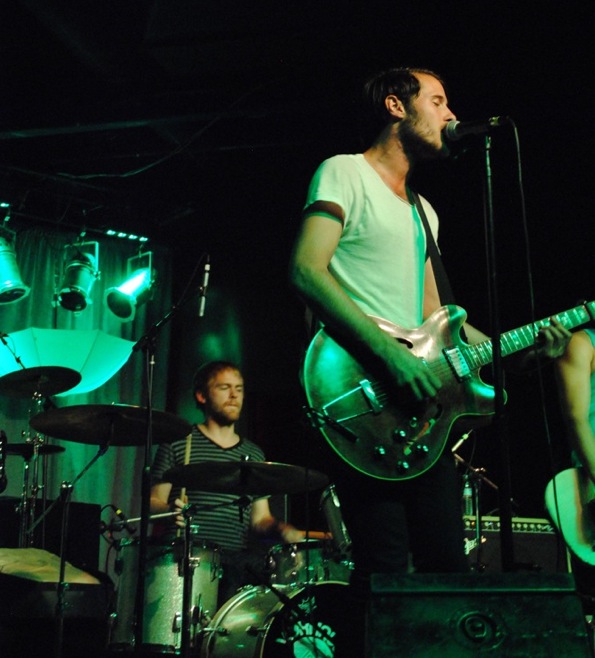 With the crowd chanting “Airborne” over and over again, the band coolly sauntered onto the stage with a bottle of champagne and the house erupted. The set kicked off with viscous energy as TATE dove into “Wishing Well” and “All I Ever Wanted” then downshifted quickly with a cover of Magnetic Fields covering Peter Gabriel’s “Book of Love” and “All for a Woman.” Jollett’s vocals were moody and brooding throughout and vaguely reminiscent of The National’s Matt Berringer and The Honorary Title’s Jarrod Gorbel. The band’s five piece instrumentation generated rich textured tones with Anna Bulbrook’s violin providing a ethereal yet dramatic quality to the soundscape. 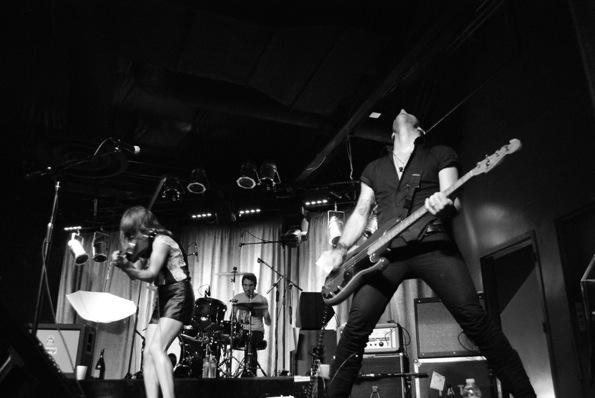 As the show proceeded, I came to the conclusion that the criticisms of the band as being aloof and insincere are completely unfounded. The band was relatable, humble, and visually engaging. Jollett nervously scaled the eight foots speakers on the stage and performed “Something New” high above the crowd, cooling us off with wayward sprays from the aforementioned champagne bottle. TATE is not only visually engaging, but it has more to bring to the table than just songs lamenting about an ex. The song writing and punk-like performances of “The Kids are Ready to Die” and “Welcome to your Wedding Day” off All At Once demonstrated TATE’s astute consciousness of the world as Jollett delivered poignant lyrical commentary without being overtly preachy or full of angst. Regardless of your personal opinions or criticisms about TATE, we can at least agree on one simple truth: they put on a hell of a show. Catch the summer US tour beginning July 29th in Detroit, Michigan. 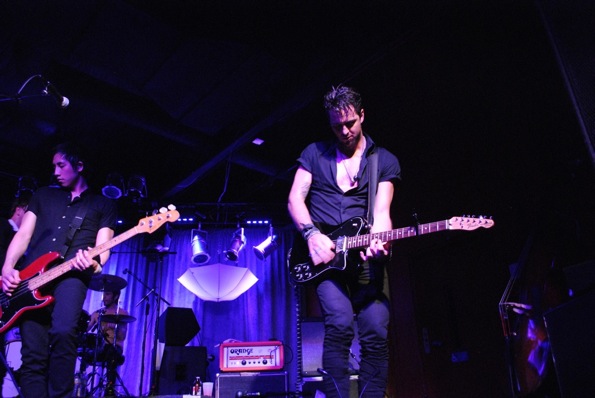 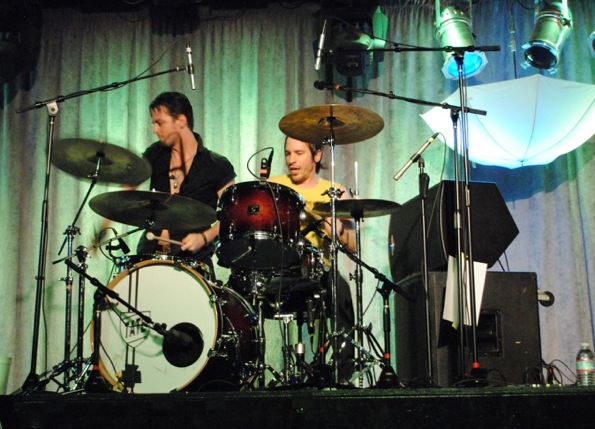 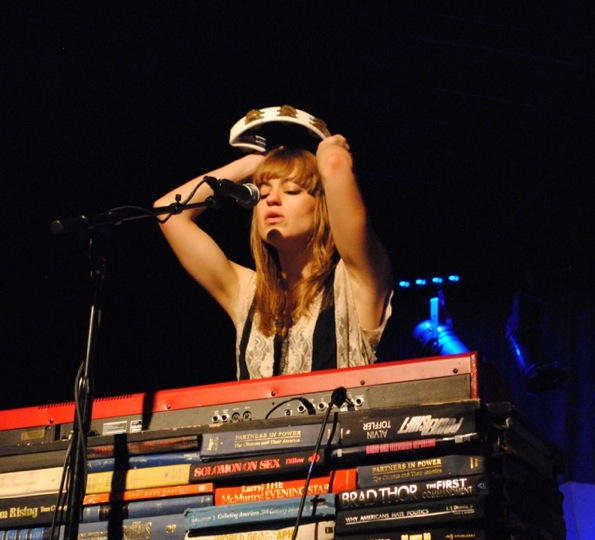 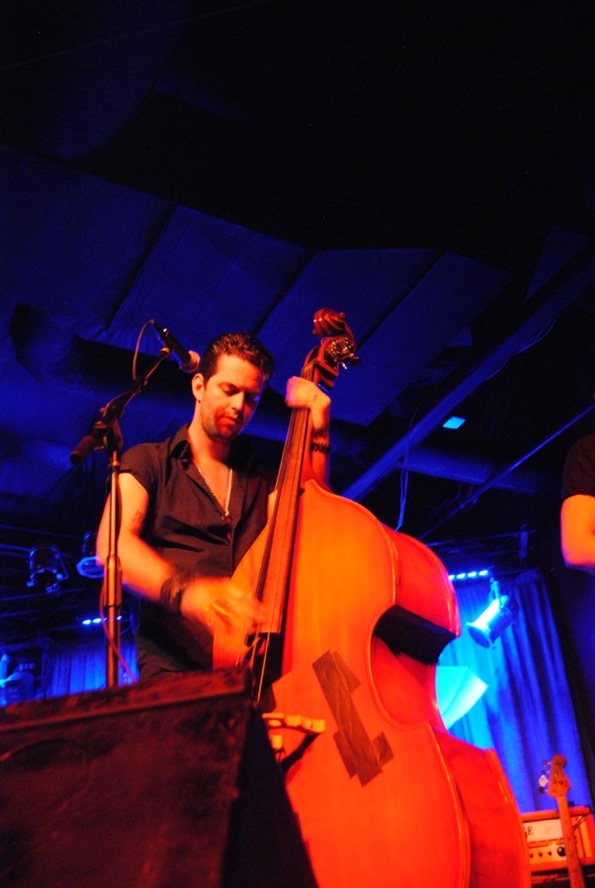 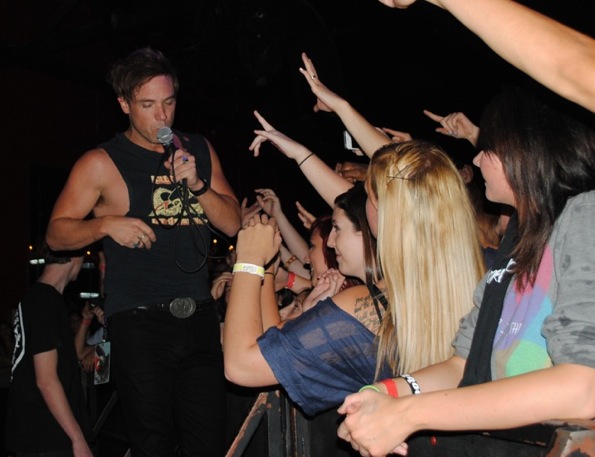 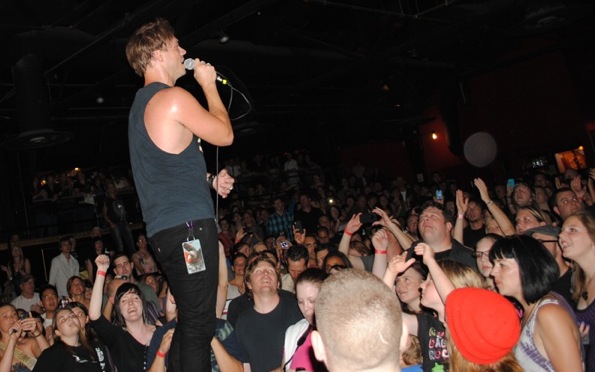