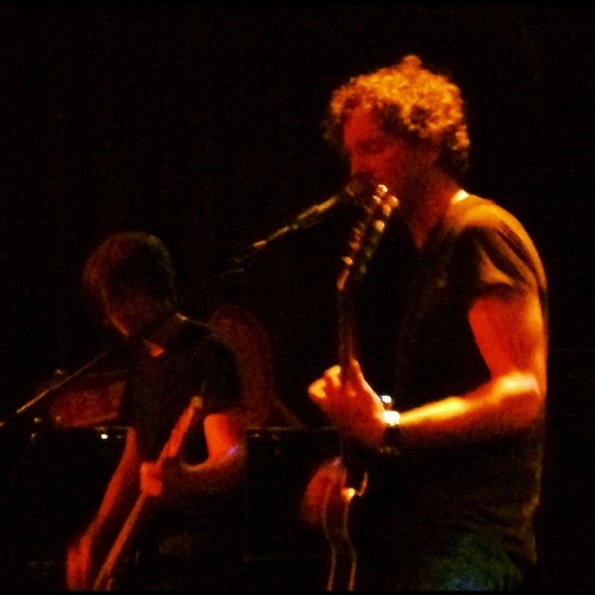 It had been a very long 4 years since Lovedrug last visited Los Angeles, and on this warm Thursday night they decided to come back in full force at The Bootleg Theatre in Los Angeles. The crowd waited in anticipation as Lovedrug set up. When they finally did, the crowd quickly got into their energetic set. The bulk of their hardcore fans were front and center dancing from the beginning to the very end. Lead singer/guitarist Michael Shepard tried his best at engaging everyone in attendance by furiously playing his guitar at each end of the stage. They played a bunch of songs off their newest album Wild Blood like “Ladders” and “Dinosaurs.” But it was the tracks off of their first album, Pretend You’re Alive, that put the crowd into a frenzy.

The members of Lovedrug constantly reminded the crowd that they were super excited to be in LA again, and the fans mirrored the same feeling. The show was like not having seen a friend in a long time. Then when seeing each other again, it’s as if you guys had been in contact all along. That’s what seeing Lovedrug is like.