When you’re going to a show to hear Two Door Cinema Club, it’s a basically a preconceived notion that you’re about to have one hell of a good time. Though we were a bit familiar with the North Irish three-piece’s live shows, we didn’t know what to really expect of the opening band Bad Veins. 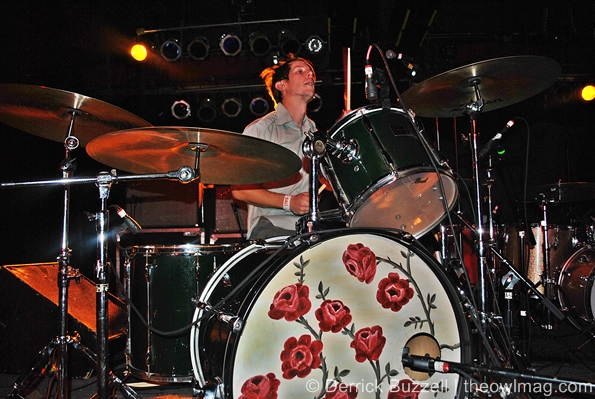 The Ohio duo is comprised of vocalist/guitarist/keyboardist Benjamin Davis and drummer Sebastian Schultz and let us be the first to say that they’ve got enough energy to put some bigger groups to shame. An interesting aspect of Bad Veins’ live performance is the fact that Davis sometimes sings through a telephone to invoke a unique sound — which adds to the overall emotion of certain tracks. The band certainly didn’t disappoint, in fact they set the bar high for the rest of the night. 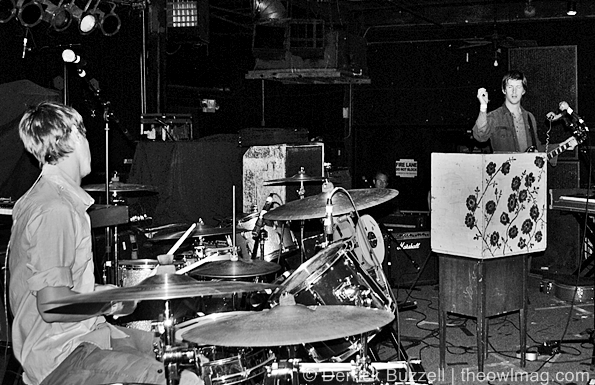 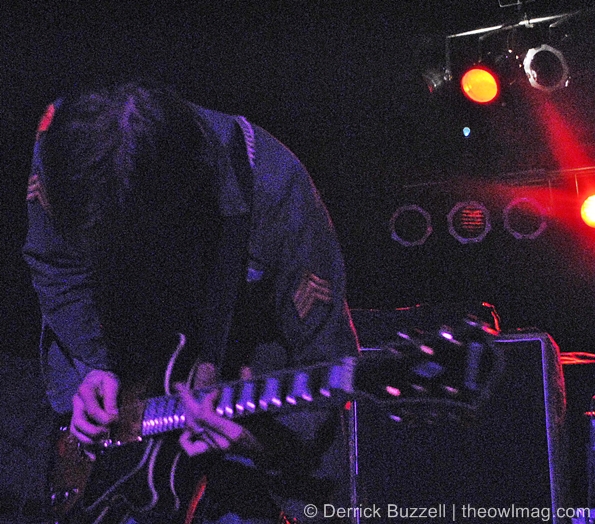 While they mostly played songs off of their sophomore release The Mess We’ve Made, they also touched on some older material. “Don’t Run” and “Nursery Rhyme” were definite crowd-pleasers that captured a raw, indie rock feel while “Crosseyed” was more of a cinematic, soft ballad driven by an old time military type atmosphere. After their set we were left wondering how this band hasn’t become bigger than they already are, but we predict the future holds great things for Bad Veins. 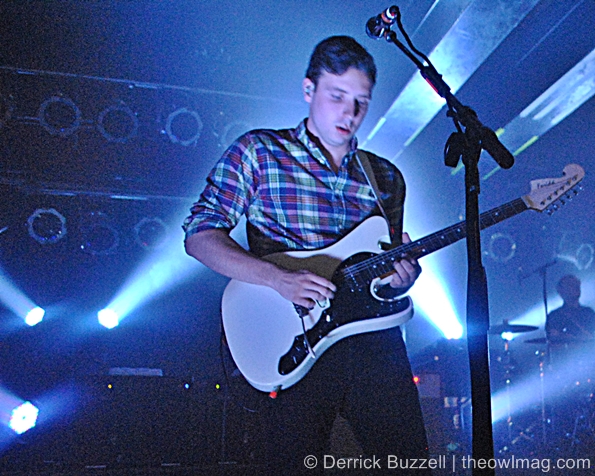 As the night drew closer to an end, on came the act that most of the sold-out crowd were anticipating, Two Door Cinema Club. The trio took around half an hour to set up but it was well worth the wait seeing as how when they hit the stage the top floor of The Masquerade, (nicknamed Heaven), was engulfed by flashing lights and smoke. The band had the longest set of the night but this was far from a bad thing. 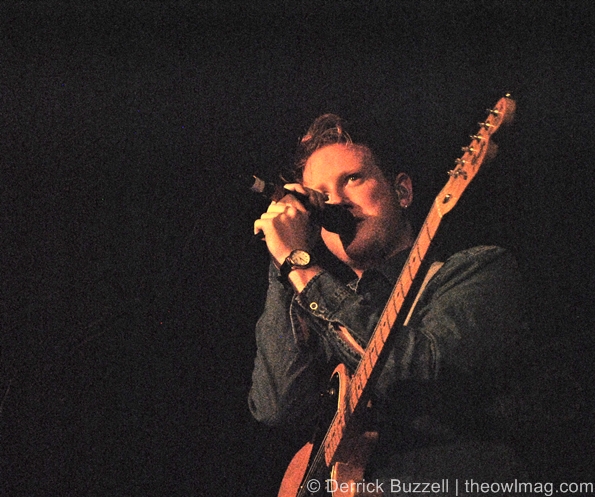 The speakers were thumping from the high energy dance tunes of Two Door and the floor was shaking from just about everyone in the room jumping up and down. They played through a majority of their debut Tourist History but also introduced some new tunes from an upcoming album that certainly pleased the ears of everybody in the room. Hit singles like “Something Good Can Work” and “I Can Talk” were a few favorites played that night. If we could we’d re-live that show over and over, we would. 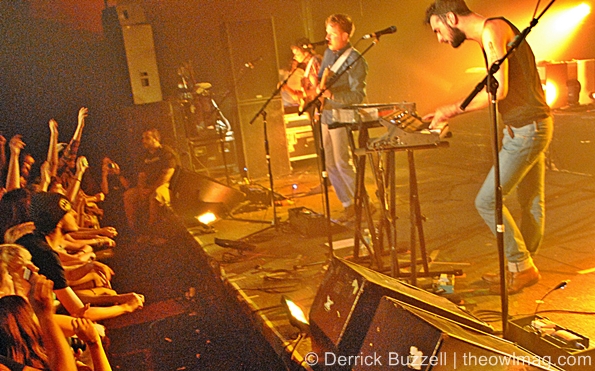