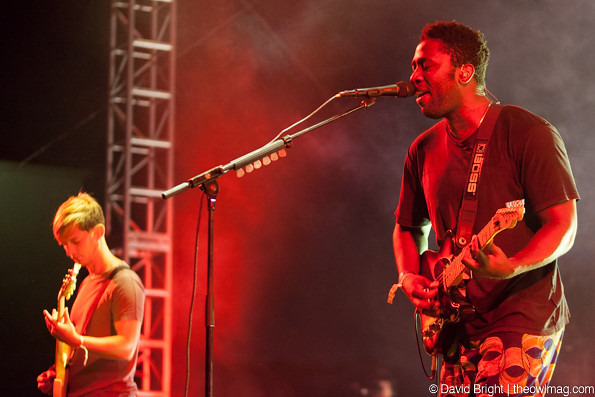 This being the 12th edition of LA’s FYF Fest, and second year in LA’s Exhibition Park, some stock taking was in order. While punk purists complained about a lack of hard hitting bands on the bill, the lineup helped bear the festival’s standard with a clutch of memorable performances. On the technical side, FYF made good on last year’s growing pains in a new site by addressing issues related to ease of entrance, interior-festival congestion, and additional access to the LA Sports Arena. All told, the festival-going experience was as smooth as any we’ve attended. The nature of the festival dictates that not every scene could be made, but we’ll try to give you a taste of what The Nest experienced. 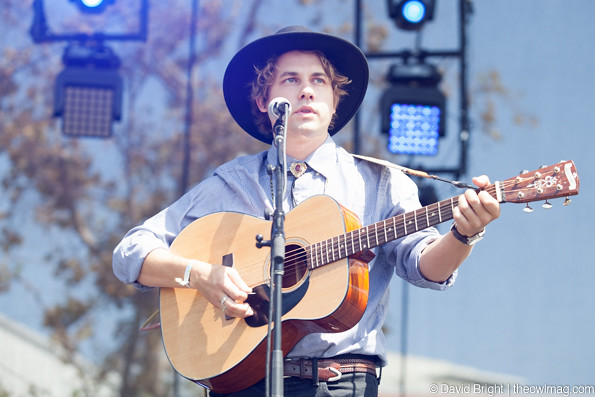 Kevin Morby, (ex Woods), opened the action at the Lawn Stage with a tight set drawing on his two solo LP’s to date. While his tales are tailor made for dim bars, they translated surprisingly well to the great outdoors. Staying on the Lawn, Mikal Cronin was responsible for producing airtight power pop gems under his own name, but onstage he pulls cues from his time playing in Ty Segall’s band, bringing up the noise to delicious effect, and it was his set that got the day rolling for us. 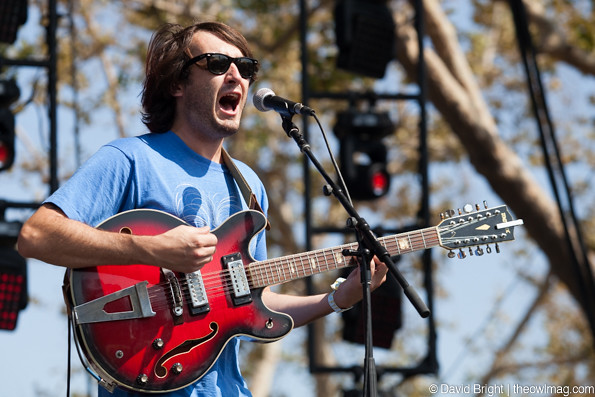 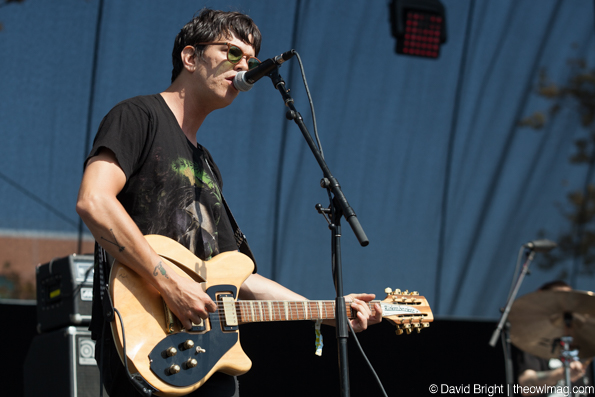 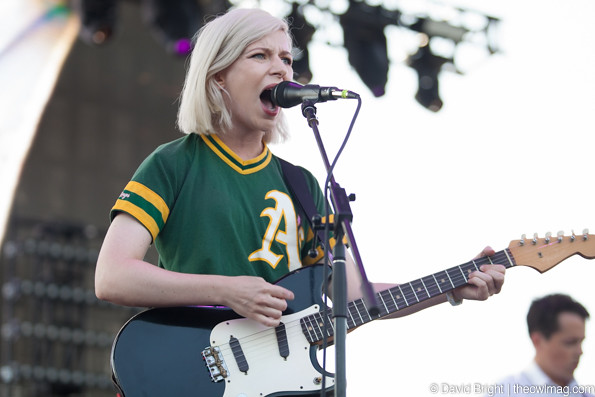 Even though it was early in the day on the Main Stage, an already swelled crowd awaited the first of two Toronto bands we would see. Alvvays did their best to keep the audience pumped, keeping spirits up with lively takes from their self-titled debut as the heat took its toll on everyone. Laughing at the heat and causing the day’s first clouds of dust at the default punk area, the Trees Stage, METZ pulled from their pair of LP’s to essay a relentless, hard-charging set, raising an early bar for those remaining to hurdle. 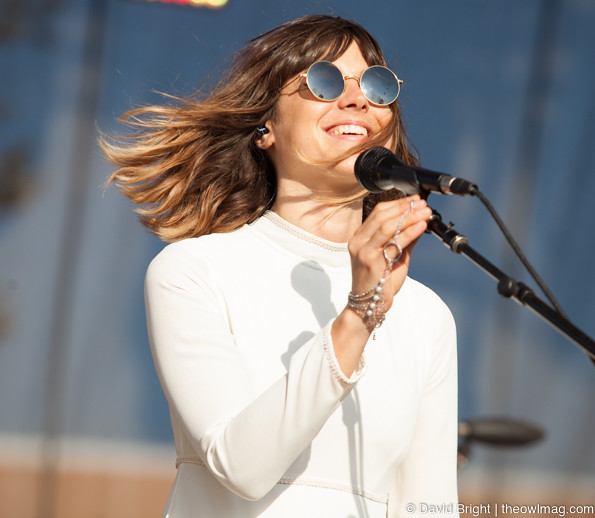 While seeming to suffer monitor issues on stage, what Melody’s Echo Chamber dished out to the audience was of the highest order. The band Melody Prochet put together did an impeccable job of translating the woozy psych-over beats of her self -titled debut LP to the stage, and she was the regal center of it all. 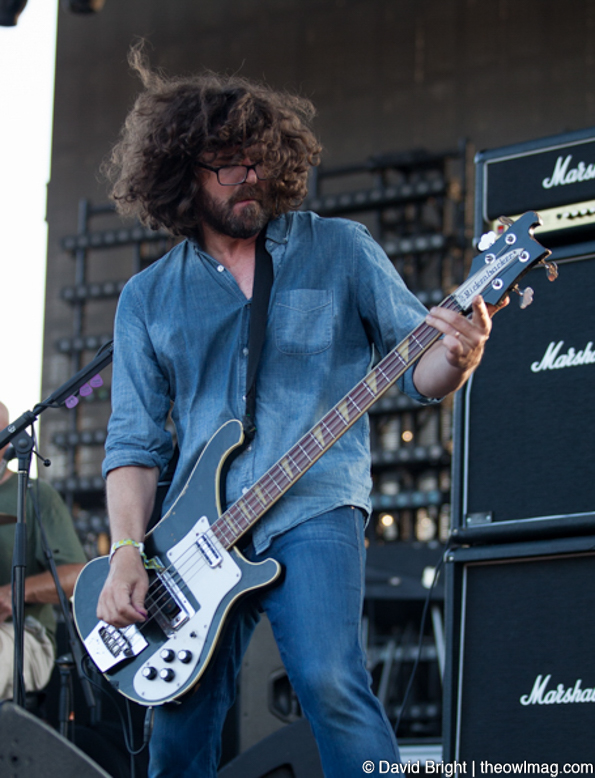 In the festival’s final year at the State Historic Park site near Chinatown, it was Dinosaur Jr that caused, or certainly contributed, to the gigantic mushroom cloud of dust that hovered above the fields. Some things we’ll just call tradition. Turning up the torque for the evening on the Main Stage, Dinosaur Jr was a reliable set of hands to leave the ship in. Early on, from a sound perspective, it was a reminder that the Main Stage is a literal parking lot, and soundboard tweaks combined with more bodies filling the space seemed to do the trick. They turned the tide, reaching back deep for a scorching “Repulsion” followed by an ornery “Feel The Pain”. By the time “Freak Scene” dropped, it felt like they were writing the festival’s very theme. 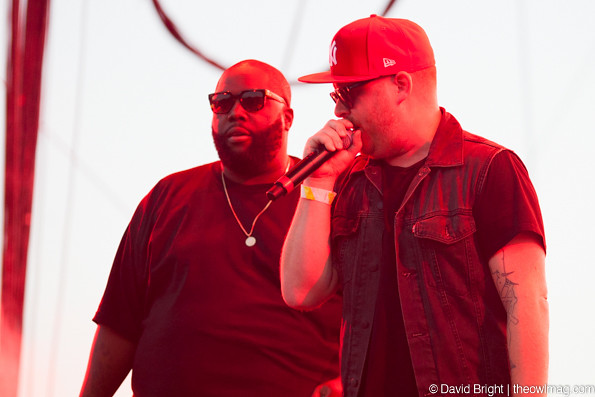 If anyone earned a curtain call from last year’s fest, it was the dynamic duo of Killer Mike and El-P, AKA Run The Jewels. RTJ’s appearance on the Trees Stage in 2014 was arguably the biggest surprise takeaway from last year. With their 2nd LP released in the interim, and a huge cult following amassed, the duo upgraded their festival game with guest appearances buttressing the solid skeleton of their two albums to date. At their core, it’s the interaction of the duo that stands out, and to see their intricate verses that could have been perceived as studio trickery actually performed live is still a wonder to behold. Guest appearances included Zach De La Rocha, Travis Barker, and the inimitable Gangsta Boo. While it’s easy to play the ‘aw shucks’ humble role on camera, it was El-P’s sincere thank you’s to fans at the rail after the show that won the heart. 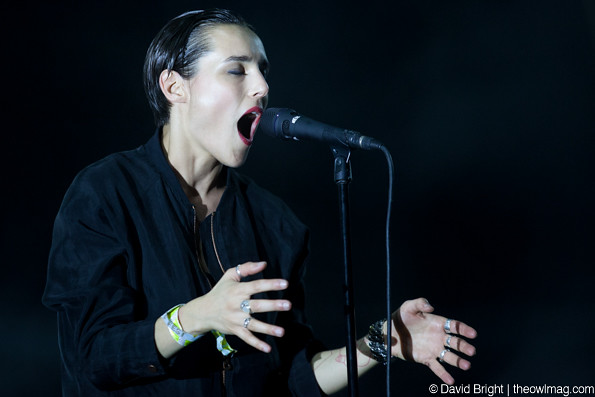 London’s Savages opened their set with “City’s Full” and “Shut Up” before throwing a feint and launching a long string of brand new songs from their highly anticipated second LP due next year. It was a great sneak peak for the audience, and a typically aggressive performance from the band, highlighted by stark black and white lighting that elevated the drama.

According to Rick Rubin, most of Yeezus came together in the studio at the last moment. Stepping in to save the day at FYF as Saturday’s headliner after Frank Ocean bailed, Kanye West delivered with a laser-focused set that kept the spotlight on the art and translated his Jordan-esque abilities to the concert game once and for all. Given the recent whining of rock fans at his Glastonbury appearance, this was a set to convince, and out in the audience, we laid witness to singalongs with a fervor rivaling any Oasis fan in Finsbury Park. Oh, to have Liam Gallagher standing with us in the audience. There could be no argument that Kanye’s lived up to his own word. He is a rock star. With West’s track record, a potential trainwreck watch was on from the moment he was announced, but even when given an easy opportunity to vent by the lighting crew, he shrugged it off and took care of business. The depth of what he’s achieved makes a high point a hard thing to choose, but we’ll go with a staggering take on “Blood On The Leaves”.

Check out the rest of David Bright’s photos.