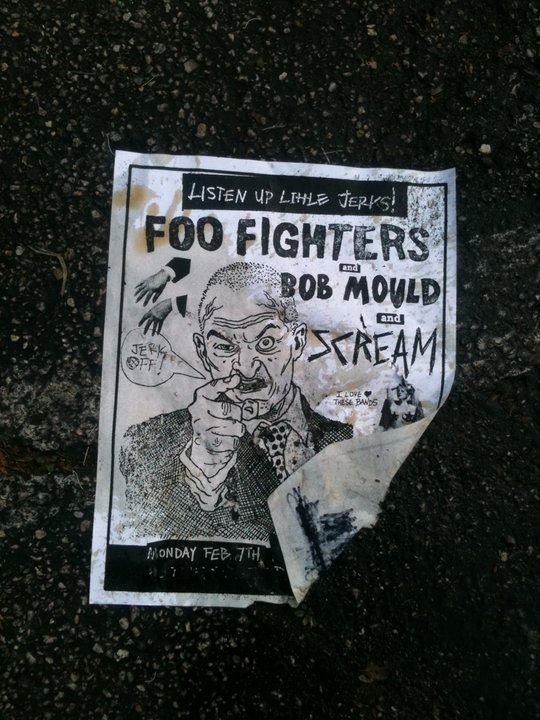 When I found out the Foo Fighters were torturing their fans with a hidden clues to secret shows via their Twitter, I had to get do a little ground sniffing myself. The Roxy in Hollywood played host to the Foo Fighters’ third “secret show” and if you were not tipped off and in line by 10am that Monday morning, you were definitely not going to be partying with the Foos. 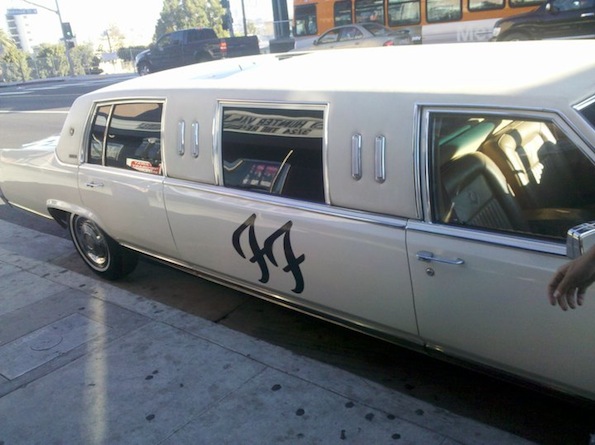 Parked outside the venue was a white limo while the marquee sign above the Roxy read “WHITE LIMO.” Fans were lined up on both sides of the block, hoping in some twist of fate, they would be among the lucky few that would get to experience a legendary concert. This show was tight and wristbands were scarce and the fans that arrived early got a chance to proudly wear the glossy orange/white limo wristband that would essentially be their rite of passage into the Roxy. 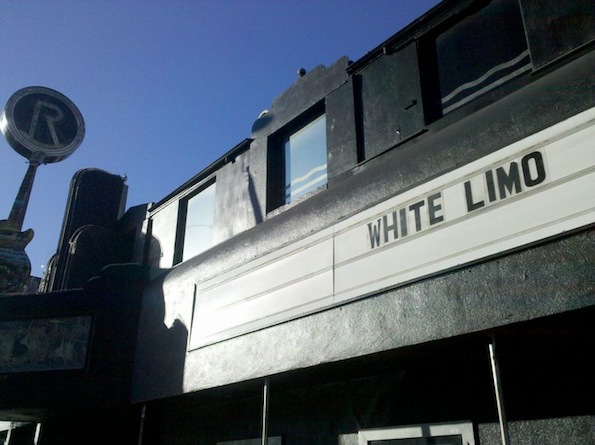 Opening the night was hardcore punk band, the Scream and Bob Mould.Â  I missed the Scream’s performance but managed to get up close to the stage for Bob Mould. I didn’t know what to expect from the former HÃ¼sker DÃ¼/Sugar front man, but as he approached the microphone stand with his electric guitar, I knew it was going to be a one-man rock show. Mould broke into action, performing a strong-hitting set of raw, intense rock â€˜n roll. His vocals were gritty and exciting. Bob Mould made me a fan eager to overload my iTunes with everything in his name.

Fortunately, the Roxy was not filled to capacity, which gave the audience ample room to get close enough to see Dave Grohls â€˜ nose hair. The Foo Fighters debuted the highly anticipated (untitled) album â€“ in its entirety â€“ due out in April 12. 2011.Â  Every single song made the crowd explode in lunacy. Full throttle songs like “Rope,” “White Limo,” “Matter of Time” and dark, gloomy undertones in “I Should Have Known” gave the audience a first hand look at a new Foo Fighters’ album that is guaranteed to be of seismic proportions. 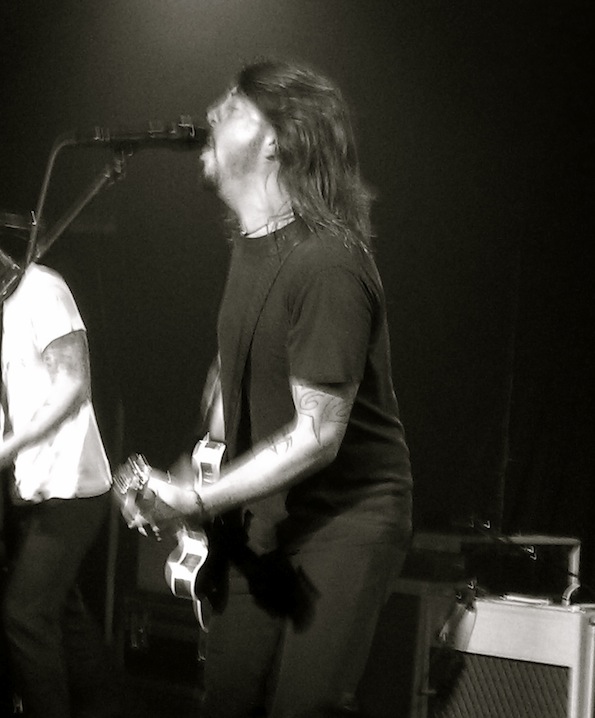 Dave Grohl was his usual witty, madman self on stage. Bassist Nate Mendel, along with guitarists, Chris Shiflett and the ever so loveable, Pat Smear, joined forces for added ferocity. It was an amazing experience to see such a powerhouse on stage at close proximity. To witness Taylor Hawkins unleash some serious damage on drums was mindboggling. I felt like he was pounding on my brain, my heart and my fucking soul. The Foos also cranked out older songs that had the audience going absolutely ape shit.Â  “Times Like These,” “I’ll Stick Around,” “Monkey Wrench” were among the hits.Â  The night ended with a three-song encore, which included fan favorite, “Pretender.”

For those of us who were there, this was a dream and we were indeed the luckiest bastards in LA. 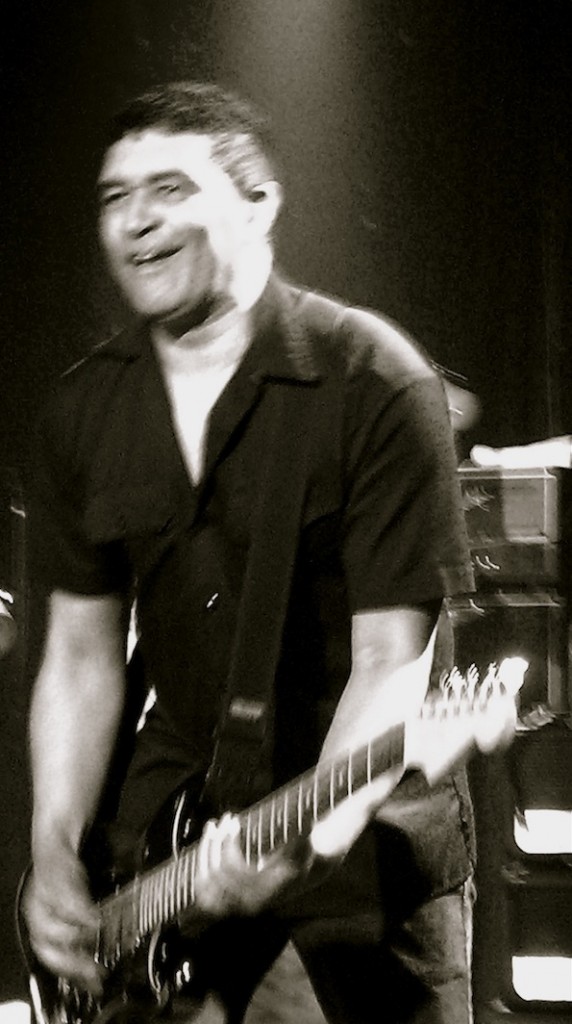