Los Angeles’ newest addition to the music community, The Regent Theater, joined in on Red Bull’s 30 Days in LA. Playing host to the reunited Death From Above 1979, Portland’s Hustle and Drone, and Chicago’s White Mystery, The Regent is several years in the making and we are ecstatic to see it in the flesh. 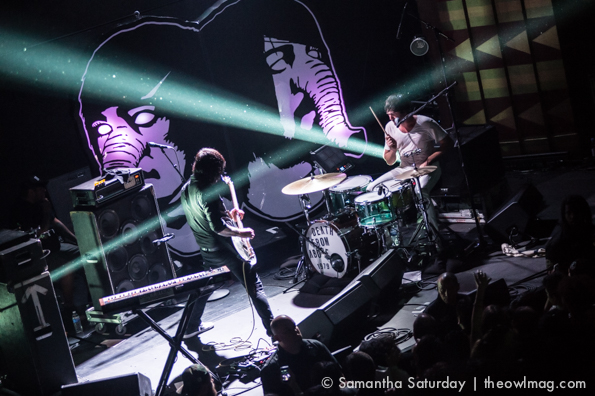 While it didn’t seem that Sebastien Grainger and Jesse F. Keeler would ever reunite Death From Above 1979, keeping busy with various other musical projects in the years since the breakup. Announcing their return to collaboration in 2011, the duo seemed to hit a few roadblocks along the way. Still, pushing through these barriers to record a new album and tour once more proved to be the solidifying aspect behind DFA 1979. 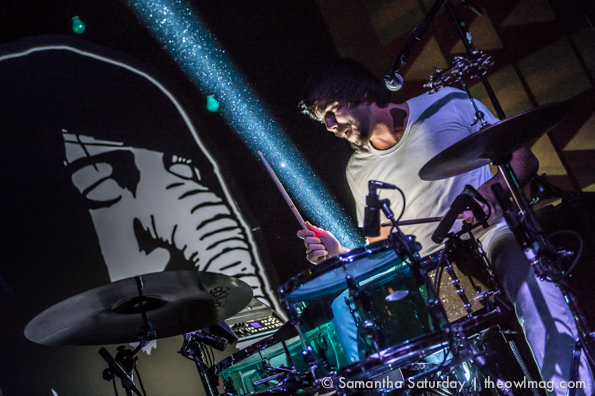 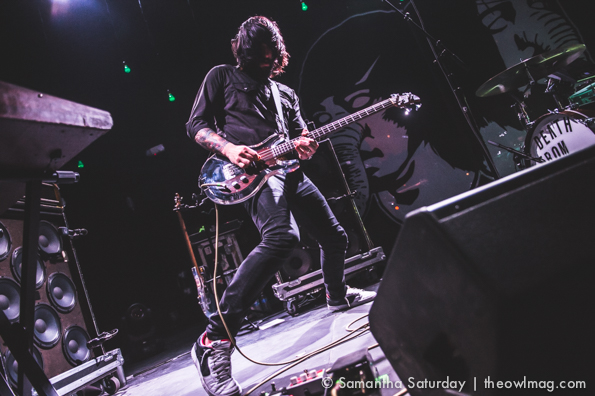 The venue went black and a crew member was given the nod to pull down a giant black sheet, revealing the classic DFA 1979 double-headed, elephant-trunked icon of the group, illuminating the stage. Keeler and Grainger took their places as the restless crowd was already screaming and scrambling to get as close as possible. As Keeler throttled his bass and Grainger pounded the drums, it felt right to have this force back in music. 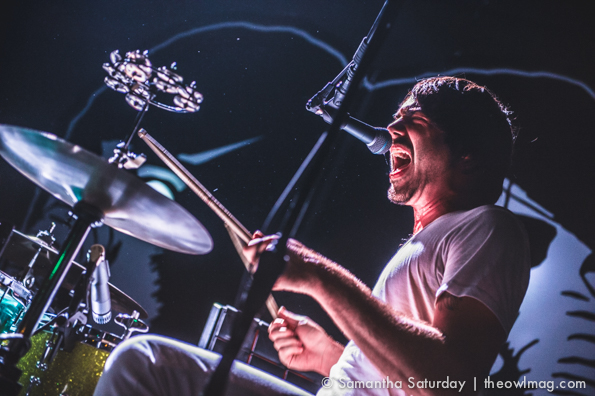 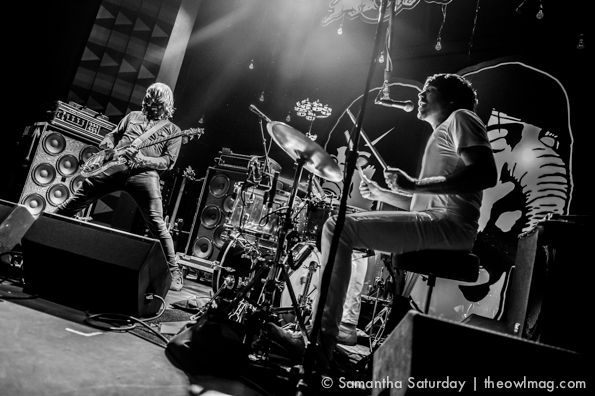 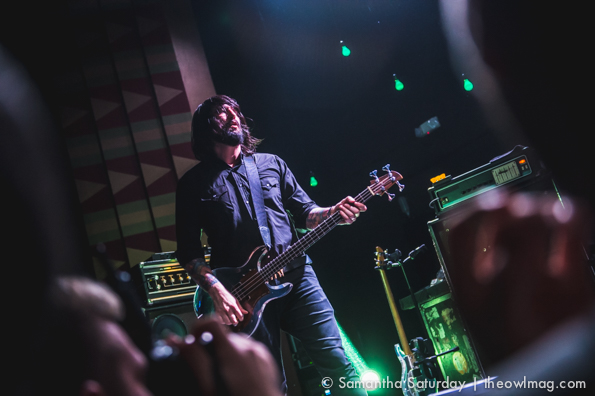 Synth-driven trio Hustle and Drone brought up the tempo, warming up the crowd to dance. 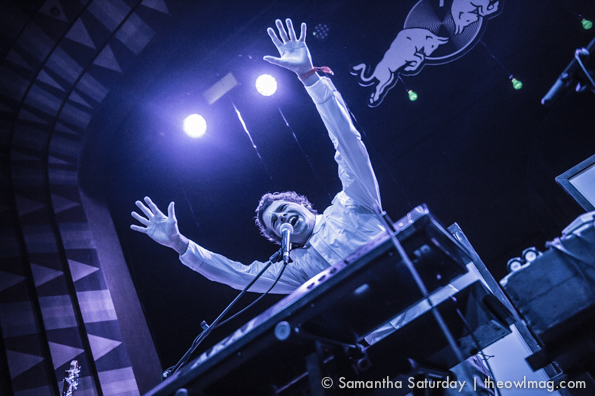 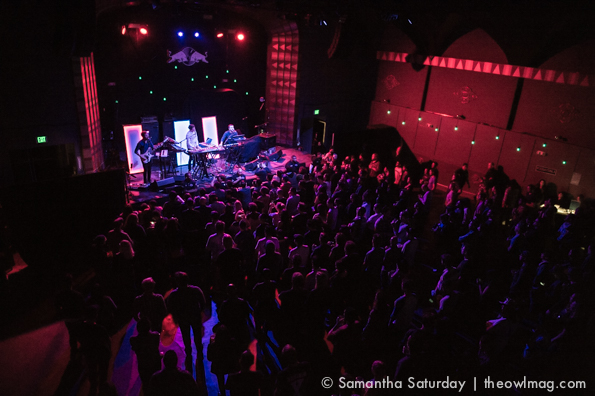 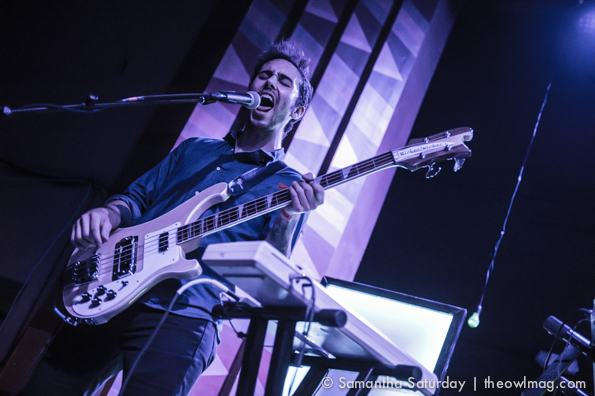 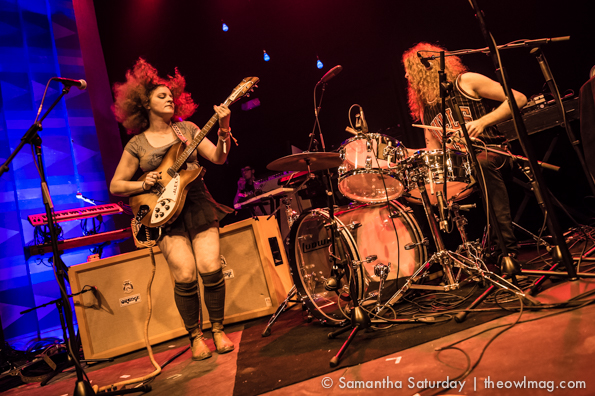