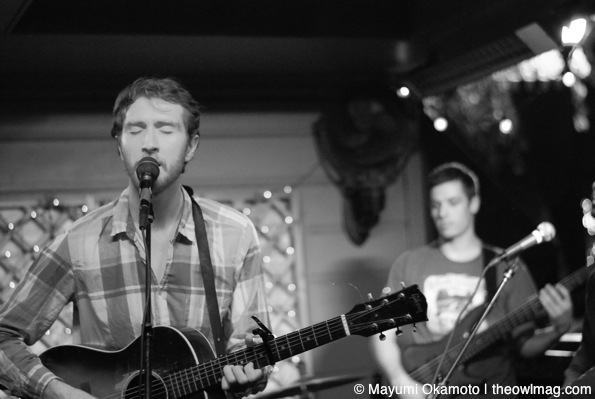 We couldn’t think of two more beloved up-and-coming Northern California bands that were more fit to share an evening displaying their raw talent, rich, textured sound, and lyrical prowess. The small college town of Davis was Saturday evening’s converging point on Interstate 80 for Sacramento’s Exquisite Corps and the Bay Area’s Caught In Motion. 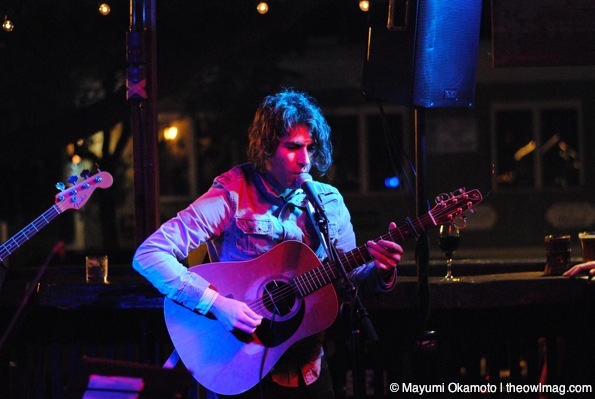 The semantically similar term “exquisite corpse” is a Surrealist technique exploring the synergy of various creative minds. Based on an old parlor game, participants would write a phrase on a sheet of paper, conceal part of the phrase by folding the piece of paper, and pass it to the next person for their contribution. The phenomenon can be summarized by a simple phrase, “poetry must be made by all and not by one.” Witnessing Sacramento’s sextet Exquisite Corps is the musical equivalent of this surrealist exercise. While most of the music is written by singer/guitarist Bryan Valenzuela and cellist Krystyna Taylor, the musical poetry displayed on Saturday was the collective effort of all as each additional musician added their own unique point of view on to the others. Squeezed onto the deck at Sophia’s, the band packed a large lush orchestra-like sound that teetered on the baroque-rock edge with Valenzuela’s voice bellowing along with the cool delta breeze. 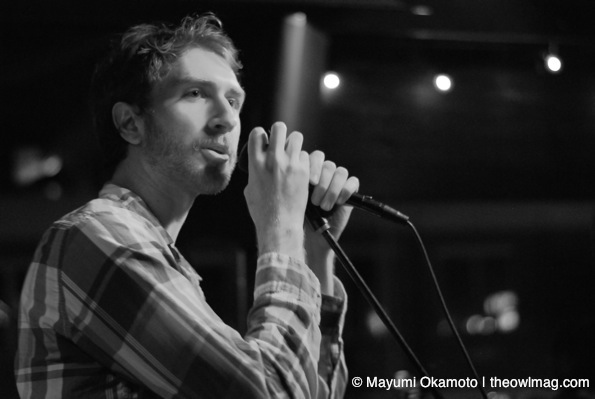 We’ve been waiting to catch one of Caught In Motion‘s shows since the Bay Area-based band’s album Stuck in the Mid-Twenties Doldrums released in winter of 2011. Singer/guitarist Banah Winn is a soft spoken gentle giant who may appear a little shy and reserved. But with his acoustic guitar in hand and his four band mates in tow, Winn quickly and confidently hit his stride Saturday night after strumming the first few opening chords of “Save Your Breath.” If you’ve seen any of Caught In Motion‘s take-away shows, impromptu acoustic performances with back drops at various San Francisco locations, you’ve seen a little black and white snapshot of what these guys are capable of in a live performance. Add in an electric guitar and Aaron Joseph’s fluid keyboards and now you’ve got the elaborate colorful high definition version. Winn and Joseph’s harmonies elevated the vocal richness and added emotional depth to the Winn’s honest and heartfelt songwriting. We couldn’t help but catch ourselves with a huge smile plastered on our face for the entire set. Caught In Motion‘s delivery of seemingly straightforward songs was perfectly seasoned with the right amount of tenderness yet fraught with an undertone of various emotional complexities that tug at one’s heart strings when faced with a decision to either stay caught up in the past or to persevere on to the future.