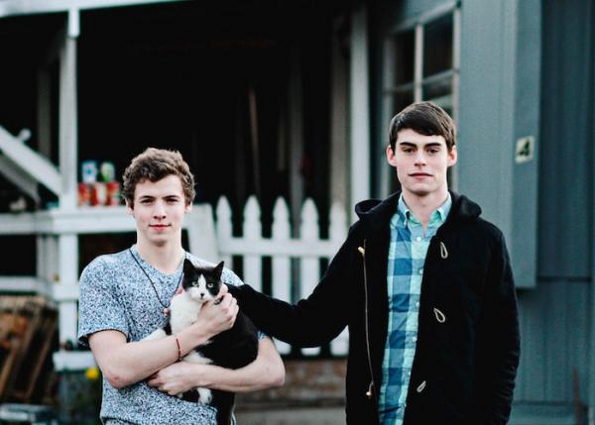 Before Sunday, Beat Connection seemed to be another hazy warm summer band like Cults and Lord Huron. But once they got on stage at the Casbah in San Diego, we knew we had to put them into a different category. Their energy and power was totally refreshing. They set up confidently and professionally: a drum kit, a mixer, a keyboard, a guitar, and a bass. And by adding a few extra touches like a cowbell and a second tom drum, Beat Connection sounded especially electric. Behind them, 4=four tubes of fluorescent colored light pulsed to the beat.

They opened their set with a song off of their new album, “The Palace Garden, 4 am” which set the tone for the night: upbeat, fast-tempo, and fun. After that, the band went on to play an excellent version of “Silver Screen,” complete with a steely guitar solo toward the end. Throughout the whole set, the Seattle band was polished, dynamic, and enjoying themselves. The majority of the set was off of the recently released album, The Palace Garden.

It was clear that these young guys from Seattle have really found their voice in the music scene. They’ve moved away from the surf rock and toward dancey, well-written tracks. Beat Connection finished the night with “Theme From Yours Truly,” but in a special and intense way. The song grabbed anyone sitting and pulled them into the movement of the crowd. It was clear that Beat Connection was joyful and proud of the music they make. It was most definitely a great experience, and left us wanting more.