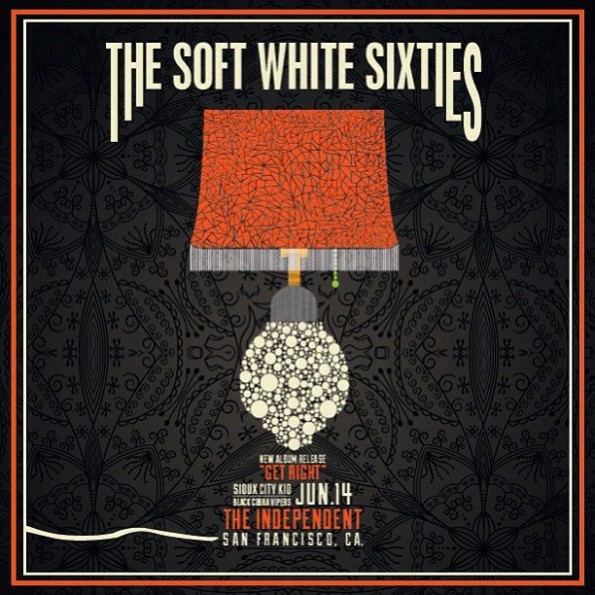 The hometown boys of The Soft White Sixties are about to kick off a huge summer in San Francisco. June 14th marks the release of the band’s forthcoming album titled Get Right, the completion of which was funded through Pledge Music contributions by friends and loved ones. The Soft White Sixties will also play at Outside Lands in August. We want you to be at their album release show on June 14th at The Independent in San Francisco to help the guys celebrate, so we’re giving away a pair of tickets to make that happen. Send an email to contests@theowlmag.com with your full name in the body and “The Soft White Sixties @ Indy, SF” in the subject line for your chance to win.

Not feeling lucky? Tickets can purchased .