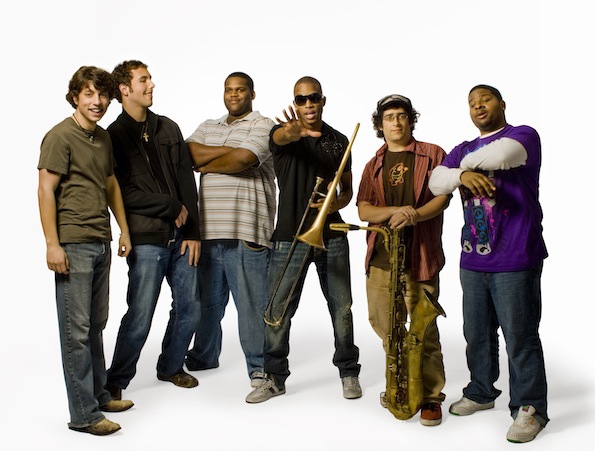 Troy “Trombone Shorty” Andrews is the man! Aside from being a really good-looking dude, he’s a 25-year old New Orleans-bred trombonist/trumpeter/vocalist and bandleader who makes a good noise combining funk, rock, hip-hop, and jazz. He even named this noise Supafunkrock.

He’s played with Lenny Kravitz, Jeff Beck, U2, Harry Connick Jr; the list goes on and someone even went there and called him “the Jimi Hendrix of the trombone.” Uh-huh.

So Trombone Shorty and his fearless band Orleans Avenue are set to make Los Angeles shake its collective ass on February 11th at the Key Club. Originally this show was scheduled for the Music Box but you know, since that’s kind of closed at the moment (if the music Gods have their way, the place will be back in action soon) things have shifted around a bit. So, on that note, we have a pair of tickets to give you. Leave a comment below with some sweet words of encouragement for the Music Box and the tickets could be yours!