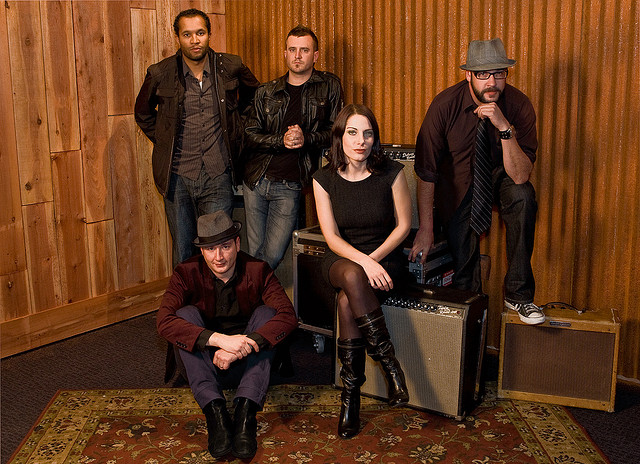 With over a decade of music behind them, the Bay Area’s own Loquat is looking forward to a performance at Slim’s in San Francisco on 7/28/12. Earlier this year, Loquat released their third full-length album titled We Could Be Arsonists, frequently acclaimed as the band’s best work to date. The husband and wife team of bassist Anthony Gordon and singer Kylee Swenson Gordon literally and figuratively made beautiful music together during the development of We Could Be Arsonists. Swenson Gordon was pregnant with the couple’s first child while Loquat recorded the album at Fantasy Studios in Berkeley. The result of Loquat’s labor of love is an evocatively beautiful album equally rife with vivid imagery of far off imaginary places and intimate moments that hit close to home. From Loquat’s first EP Before the Momentum to We Could Be Arsonists, leave us a comment telling us your favorite Loquat song that either launches you off somewhere into space or reminds you of a particularly special moment in time. You could win a free pair of tickets to Loquat’s show at Slim’s if you do. Contest ends 7/26/12.

Listen to tracks off Loquat’s album We Could Be Arsonists: