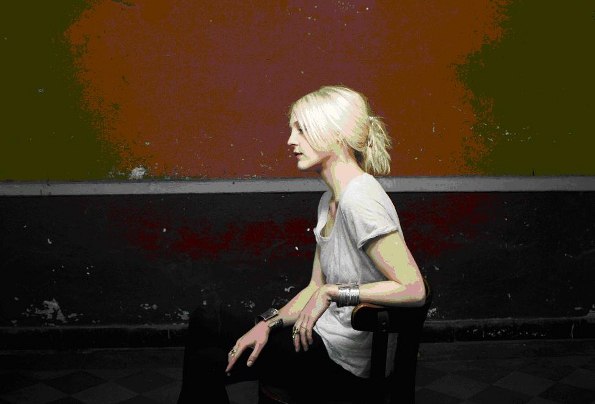 Laura Marling is on the phone from London where she is on a brief intermission between global travels in support of her 2011 release A Creature I Do Not Know.

After a brief, obligatory attuning with each other’s climate particulars (the afternoon sun is starting to appear in London following “a rather miserable jubilee day yesterday,” I am watching a rainy morning through a Brooklyn café window) we get into a stimulating conversation about various details concerning how being a songwriter and touring musician fits with her devout faith in logic.

I have heard Laura speak about her commitment to living according to logic, yet a great deal of her life is spent on the road. This prompts me to ask how she co-ordinates her logical disposition with the lifestyle of a rambling musician.

“Well I suppose I don’t think of touring as real life.”

But what is real life then? “That’s increasingly a struggle to figure out.”

The touring lifestyle is essentially somewhat unpredictable and unstable, but she explains that, “I have a great team who make sure the tours are very well organized and as close to normality as possible.”

This team allows Laura to circumvent the sticky floored clubs that comprise the touring circuits of many of her contemporaries. Laura’s upcoming US tour will see her take to the stage in some venerable theatres and church cathedrals [including Grace Cathedral in San Francisco on June 29th].

She says that she really appreciates playing in these rooms, “the cathedrals are often better acoustically. The atmosphere in some of these places can be really intimidating.”

She suggests that the level of reverence commanded by these sorts of venues pushes her to perform well, “The places have their own character that can evoke a level of respect or awe that I try to match.”

I saw Laura play earlier this year, (at the Sydney Opera House; a night she says she’ll “remember for the rest of [her] life”) and at this show she was thankful (and somewhat apologetic) to the crowd for persevering for the entire duration of the show. While I tell her that everyone was truly captivated, she explains that, “When I go to shows I often think they go for too long. I want to be left wanting more. So when I play, I don’t want to outstay my welcome. But then sometimes I get into trouble for not playing long enough. So it’s a fine balance.”

Another element of balancing the respective wants of the artist and the audience relates to the manner in which songs are performed. The feeling that determines the way that a song is put to tape is not always going to sustain. Laura says that this “is something that I deal with. Sometimes I really want to change the way something is played. But, I know when I go to shows and a song is played differently I get upset.”

This brings attention to the sometimes glaring disparity between artistic licence and capitalist demands. “It can be artistically important to just do what you feel is right, but you do have to please the audience. It’s a funny job… but it’s got to be one of the best.”

I ask Laura how she feels about songwriting being her chief vocation.

“I used to think it was not something I could take seriously and spend my life doing. But I’m getting more of an appreciation for the importance of creative people. I think it’s a simple human ability and way to communicate with each other.”

Creativity delves into the unknown and creative output can’t really be logically traced. What’s more, it could even be said that a requirement that creativity is separate from logical formulation if it is to achieve its widest potential. This brings me to ask Laura how she comprehends song-writing as a component of her assured logical approach to life.

“It’s something I’m coming to terms with. For me, songwriting is a place where I can let myself say things that don’t really make sense. There’s so much in my songs that I would never say in real life, but I try not to question it, I feel comfortable just letting it be.”

Once again, this would seem to imply that she doesn’t view that which occupies the majority of her time as “real life.”

I interrogate further to get a more precise understanding of what her logical predilection entails. “I think there is a natural morality that we are born with. I try to acknowledge this everyday when I wake up. I remind myself to start thinking.”

I propose that linking logic with morality would seem to invoke culturally relative values. “I don’t know that it is culturally relative. There are some things that don’t have to be taught. For example, a child doesn’t need to be told to vacate a seat for an older person. There are some natural moral values that don’t appear to be culturally specific. But maybe I don’t know enough about other cultures. I’m not perfect at it but I just don’t see any other way to live.”

Either way, Laura’s habitual personal reminder to utilize the human gift of thought is evident in her songs. Across the 22-years-old’s 3 full-length albums she curiously explores the ambiguities of human feeling; her lyrics alluringly depict conflicting values and widespread anomalies in human interactions.

Thus, my grasping desires are pleased to hear her say, “I finished writing a new album about a month ago. At the moment I’m in and out of the studio (Real World Studios in Bath, UK) working with Ethan Johns (who produced both A Creature… & 2010’s I Speak Because I Can).

How long will we have to wait to hear more of her ambivalent negotiation of logical insistence and unmediated creative thought?

“It will probably be released in about 6 months.”

Check out Laura Marling performing “I Speak Because I Can” at Coachella: