EXCLUSIVE INTERVIEW: Eric Victorino of The Limousines Dishes on Kickstarter and Hush 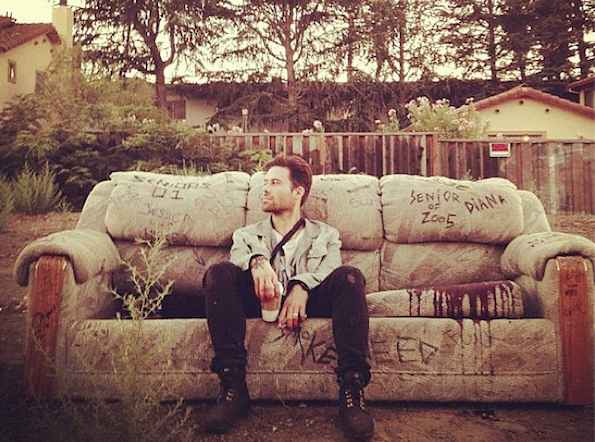 Photo by Justin Bettman
It’s hard to make asking for money sound romantic, but here goes… If you love The Limousines and the music they make, donate to their album fund. The San Francisco based indie-electronic duo responsible for the zombie apocalypse music video Internet Killed The Video Star (see below) have challenged their fans to donate the money needed to release a record. The promise is art for money.

Eric Victorino is mad as hell. The commercial music industry is a money making machine indifferent to necessity for creative control, and The Limousines are not gonna take it anymore. Eric and his artistic partner, Gio Giusti, have turned to their fans via the crowdfunding site Kickstarter.com to raise the money needed to mix and press their next record, Hush.

The Owl Mag: Your story of leaving your record label strikes a similar note to stories of soldiers refusing to return to duty. Do you consider yourself to be a music industry conscientious objector and refusenik?

Victorino: That’s a great way to look at it. Except we’re soldiers who have an awful lot of fight left in us. We’re down with kicking ass, we just want to do it on our terms now.

The Owl Mag: May we categorize The Limousines with Immortal Technique, Atari Teenage Riot, Boots Riley, and other contemporary musical activists?

Victorino: I don’t know if I’d call us activists — our actions are selfishly motivated, we’re trying to take control of our lives and our art for our own good. Of course we have strong political opinions we’re pretty forthright about, but this album release and the way we’ve chosen to go about it might serve as inspiration for bands who’ve had bad experiences with record labels to see what they can accomplish when they turn to their fans for support.

The Owl Mag: Have you used Kickstarter before? Why did you select this crowdfunding platform and not another one, such as Indiegogo?

Victorino: Kickstarter is great, we looked into a lot of other sites too, but we think this option fits us best. The people at Kickstarter have been really helpful with advice on how to set things up right and how to make it a success.

The Owl Mag: Clearly you and your partner are more than musicians, you’re storytellers and visual artists; would you add any other artistic descriptions to this list?

Victorino: We’re both crafty people, I think we absorb life and experiences and the emotions we feel and we naturally wonder what we can make of it all – remixing life – sometimes it’s finding a dope leather jacket at a thrift shop and studding it out with spikes, sometimes it’s something bigger, like taking the death of a friend and making a song…

The Owl Mag: Since you are artists, why do you do what you do? What inspires you?

Victorino: Being proud of something you make is addictive — mixing unrelated ideas into something new, it’s just magical. Can’t imagine life without it.

The Owl Mag: Why is music your primary vehicle of expression?

Victorino: Because it’s so hard to do. You really have to devote yourself to a band to make it work. And the payoff is spiritual — it’s less about making a living than it is about making life worth living. Music is such a deep way to connect with other people. 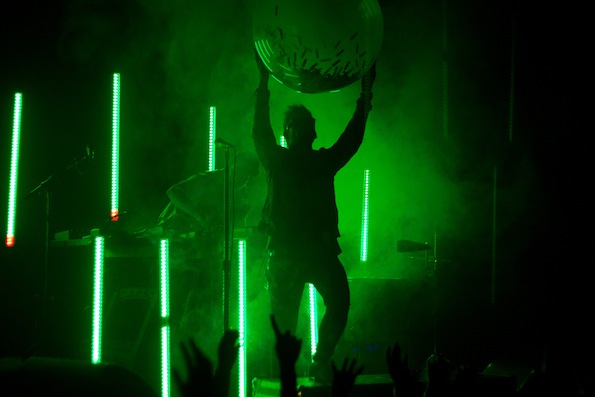 The Owl Mag: What do you love?

Victorino: I love the possibilities of life. As long as you can keep motivating yourself to make things, that gratification will always be there. Feeling like you’re making a dent in your own unique shape.

The Owl Mag: You claim that the motivations for this fundraising endeavor are selfish, yet, there is an element of altruism. You have put yourselves in a vulnerable position. A goal of 30k is certainly not unattainable, but it is nonetheless a lot of money and there is a reasonable expectation of success yet the possibility of failure as well (although you did raise nearly 5k yesterday). But you also claim, almost in the same breath, that you wish to inspire other bands and artists to reject the system as the status quo… to inspire others to follow your example and appeal to people directly for support.

Victorino: If more bands could maintain creative control by funding themselves and not being held hostage to a label’s checkbook there would be a lot more great music out there for all of us. Happy people are inspired, inspired people are artists. We did raise $15,000 in our first 24 hours of promoting the Kickstarter campaign — that’s halfway, so it’s encouraging. We know signing with a label is not what we want to do, so giving this a shot is really exciting. It’s a great way to get our fans involved and to let them know we depend on their support to stay independent — otherwise we might find ourselves in a shitty situation we’re all too familiar with.

The Owl Mag: You seem to anticipate that the good of your actions could become an example that benefits others. This makes you a leader. Can you speak to leadership qualities and why you are not nearly as selfish as you let on initially? It is clear you care for others.

Victorino: I don’t know much about being a leader. I have just learned as I’ve gotten older that nobody is ever going to be as passionate about my art and my ideas than I am. That leads to the next logical step, which is to seize control over my art, not to hand it over to someone who doesn’t care about it like I do. If you put a gun in my hand and threw me onto a battlefield I would be hiding wherever I could. I’m not a leader.

My manliness is flattered by the tone of all the “leadership, warrior stuff” but this is a case of a couple of artists wrapped up in the same old battle we’ve been fighting for years. It’s the reason bands always want to start their own labels, it’s why painters hate being asked to paint something that’ll look good above your purple couch. It hurts to make art; it’s a painful process of being honest with yourself, and giving control of that process to clueless dipshits is something we all want to avoid.

[We are] people who can only be happy when we’re making art – it’s the process that gets us off and we’re tired of having people fuck with our process. That’s what this Kickstarter campaign is all about. I have seen some people comment that it looks desperate or needy when a band does a crowdfunding project for their album – I don’t think it’s desperate, I think it’s honest, I think it’s ballsy, I think it’s a hell of a lot easier to pick up the phone when these label people call and say, “Okay, I dunno what all that fine print says but I wanna be signed” and just give away control of this huge part of your life. I think the phrase “selling out” usually just leads to the same old dumb conversation which I try and put a stop to with this: I don’t know how many years I have on this planet. I don’t know how many months, weeks, days, or even hours I’ve got… neither do you. What if I only have a few thousand hours of life left? How much are they worth? How much am I gonna sell my hours for, to some company, to help them reach their goals, how much is each hour of my life worth? Now, since I’ve been signed to a few labels in my career, and I know it’s not the route I want to take again – should I just say, fuck it, I guess I’ll go find a job and just kinda make music as a hobby, since I don’t want to be a professional musician? No. I am a professional musician. I can stand up in front of a crowd of 15 thousand people and entertain them for an hour. I’m good at that. It’s what I love to do with my hours. The music business is fucked up, but I’m not going to treat my art like a hobby just because I don’t want to play by their rules anymore. I’m going to find another way to get exactly what I want to do done. I think there’s nothing more natural and obvious in the progression of the business than bands getting closer to their fans and treating them like partners, cutting out the middle man. Bands need two things to stick around; a desire to make music and fans who give them the love and support they need to make it all feel worth it.

I don’t know how many hours I have left on this planet. To me, they’re priceless. So I’m gonna find whatever way that works so I can be free to make what I want and to be proud of myself.