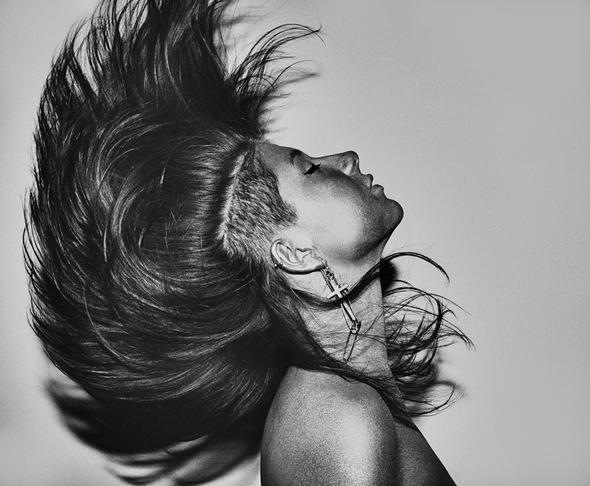 Chloe Chaidez of Los Angeles-based band Kitten sure doesn’t seem like she’s 17. That’s probably because she’s been commanding a stage longer than a chunk of the 20-somethings that are trying to make it today. The Owl Mag recently interviewed Chaidez about her early-career jitters, how she gets pumped for a show, and what kind of food she’s craving at the moment.

The Owl Mag: So what exactly do you find inspiring about the city of LA?

Chloe Chaidez: I don’t know if it inspires my music other than that I grew up here. It’s really spread out and there are a lot of parts of it that you really want to visit. There is just so much, that you can’t see all of the features of the city.

The Owl Mag: What would you say is the exact moment in your career that you said to yourself, “Hmm, I can actually do this?”

Chloe Chaidez: I don’t know if there was a defining moment, but it was probably after my second show. At my first show I remember I was frozen and I didn’t know what to do. After my second show I thought, “Wow, this a great feeling.”

The Owl Mag: Considering how different the Cut it Out EP is compared to the Sunday School EP, we were curious about which one was more difficult for you to write. Can you comment on the difference in the writing process for each release?

Chloe Chaidez: Yeah, I was into different music sonically and musically at that time. I was into a lot more rock like Yeah, Yeah, Yeahs with their first record as well as Iggy Pop. I wanted to incorporate sounds like that into that EP. With the new stuff, I just started getting into electronic music. That’s not to say that I still didn’t want to incorporate the rock element into my music, it was just that I was really starting to get into new music. I’m really into ’80s music like Siouxsie And The Banshees and New Order.

The Owl Mag: Seeing as you’re only 17 and still have so much of a career ahead of you, do you ever feel rushed to grow up? Do you feel like you’re missing out on a typical high school experience?

Chloe Chaidez: No, because I still hang out with my friends and we do a lot of things together. I think I would be doing the same things anyway. We still go to shows.

The Owl Mag: Do you get them into your shows for free?

Chloe Chaidez: I try. A lot of the shows are 21 and over so…

The Owl Mag: Coming up in July, we noticed you’re going on a big US tour. How do you mentally prepare for that?

Chloe Chaidez: I do jumping jacks and push-ups in the bathroom. I run in place and stretch, then I make sure I’m rested up for the show.

The Owl Mag: Let’s imagine all of a sudden that you have one week off from everything related to your music career. You have an entire week — where would you want to go?

Chloe Chaidez: It wouldn’t be a beach because I’m not a beach person. I would go somewhere I’ve never been before — probably Japan and just check it out.

The Owl Mag: What’s your ideal food/album combination at the moment? If you could eat anything and listen to any album right at this moment, what would it be?

Chloe Chaidez: Oh man, I would eat some Seoul food and listen to Marvin Gaye‘s What’s Going On!