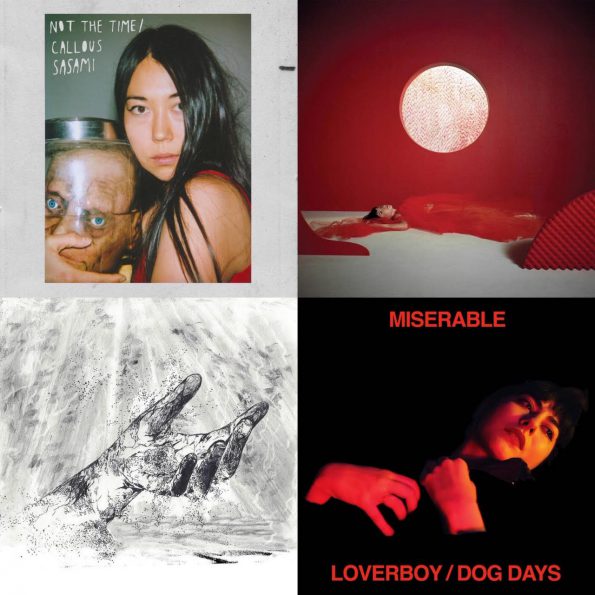 We’re keeping it California* on this week’s edition with cooler temperatures ushering in an embarrassment of riches. Familiar from her time in, among others, Cherry Glazer and King Tuff, LA’s Sasami has put aside the supporting gig for her own thing, and given her versatility, her new Domino Records single “Not The Time” is both a glorious surprise yet everything we expected. The more we hear of the new Ian Sweet LP, the more excited we get. Crush Crusher is out October 26th on Hardly Art, and you might say third single “Holographic Jesus” is pretty firmly embedded in the Nest at this point.

Back home in the Bay Area, we got to hear a preview of new The Total Bettys material at Noise Pop’s 20th Street Block Party back in August and now it’s really real. “Am I Glowing?” is the first taste of This Is Paradise, due out November 16th. Bay Area expatriates Some Ember now reside in Berlin and based on the vibe present in new single “Meaning Is Deprecated,” they have certainly settled in. Be on the lookout for their second LP, Submerging The Sun, due November 16th on Paris-based Third Coming Records. Kristina Esfandiari (King Woman) commands attention in all her guises and Miserable’s “Loverboy” is the chilling new single from her upcoming Sargent House release Loverboy/Dog Days also out on October 26th.

Sasami
“Not The Time” [Domino Records]

The Total Bettys
“Am I Glowing?”
This Is Paradise: Releases November 16, 2018