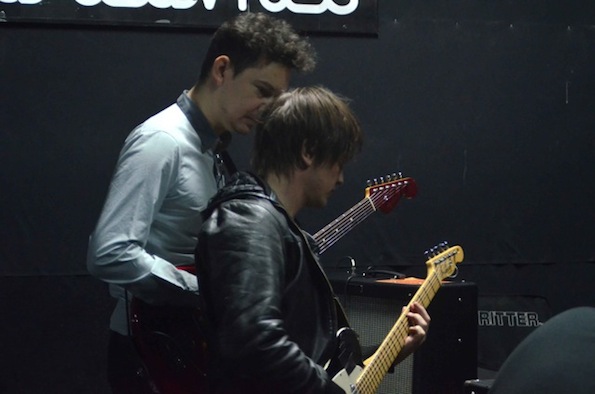 You might remember them from their stay in M83, but the Gothic Gallic synth and guitar outfit known as Team Ghost is coming firmly into their own. Their calling card is the creepy “Dead Film Star” video, from their forthcoming LP Rituals, and it’s a fine introduction.

Nicolas Fromageau, after co-founding M83, started Team Ghost to explore the darker side of things, releasing two EP’s on Sonic Cathedral, before embarking on the new LP. Any video that kicks off with a bloodied young woman staggering along a road with a big knife in her hand pretty much has the setup part nailed, and the churning synths in “Dead Film Star” underscore the impending dread. For the rest, you’ll just have to watch.