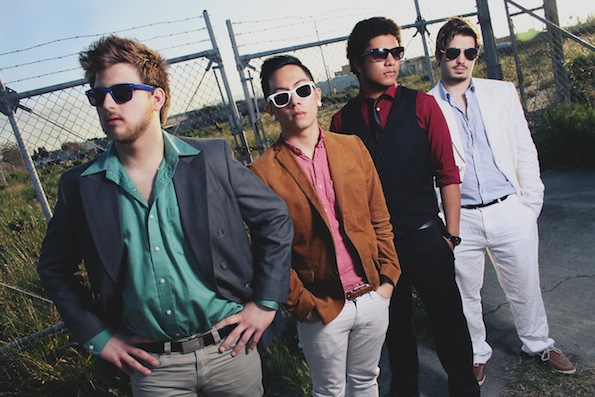 Two Door Cinema Club fans who desire vocals of the deeper variety will be thrilled to know that such a sound exists, and that sound is Koruscant Weekend shredding! The Bay Area band has written three EPs worth of what they like to call “dancy nerd-pop” and “altronica pop-rock.” Their track, “Last Train Home” begins with waves of synths that build into some seriously infectious and absolutely danceable rock. The track’s instrumentals, provided by guitarists Ryan and Crim, bassist Josh, and proclaimed Zach Galifianakis-esque keyboardist and frontman, Justin Scord, may remind one of the likes of The Killers and Interpol. Scord’s vocals polish off the rolling drums and twangy guitar riffs, giving “Last Train Home” some serious finesse and sex appeal for the self-described group of nerds. Koruscant Weekend have a string of shows lined up along the west coast this summer. Be sure to check them out!