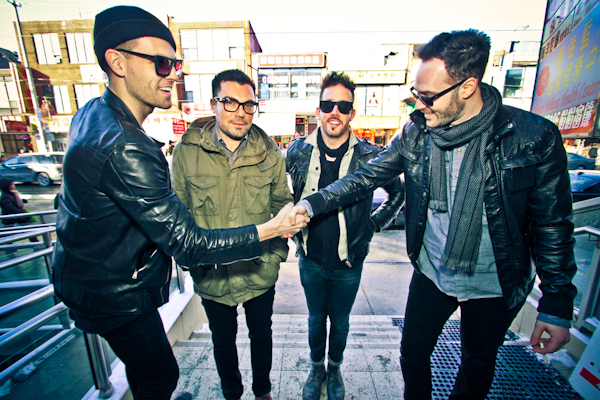 During mid-afternoon in the office, we often find it very hard to focus and finish off the work day. One surefire way to power through the last few hours is to listen to some upbeat music. Young Empires satisfies that need, and you may have to resist the urge to get up and dance. They happen to fit into that small category of ethnic-influenced dance music alongside Friendly Fires, Hot Chip, and Cut Copy. Their beats are often backed by latin rhythms or African drums.

Hailing from Toronto, the four-piece band released their first EP in January of 2012. “Rain of Gold” was an instant favorite, immediately being chosen for a video game soundtrack. Consisting of seven solid songs, Young Empires’ EP Wake All My Youth is sure to get you through even the slowest hours in the office.