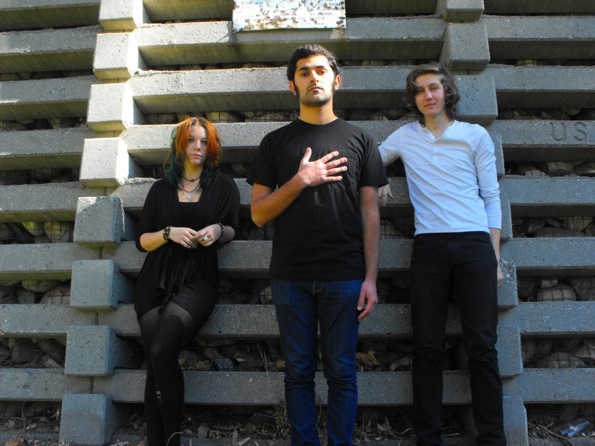 Torches is a three piece band hailing from South Pasadena, a city located a few miles north of Los Angeles. They play a style of indie rock with a strong dark pop influence. The band which is made up of Azad Chelkosman (guitar, vocals), Bridgette Eliza Moody (bass, vocals), and Eric Fabbro (drums) have been getting a lot of attention recently playing Make Music Pasadena in June and are currently wrapping up a tour of the Northwest US. The band's hypnotizing sound is lead by Azad's comforting voice and backed by Bridgette's soaring harmonies. The music itself is always kept interesting thanks to the genius work of Eric's drum patterns. The music can be considered a bit on the softer side, but the ability of the band and their instruments makes any listener want to sway back and forth or even dance as if no one's watching.