HEAR THIS: The Shimmies 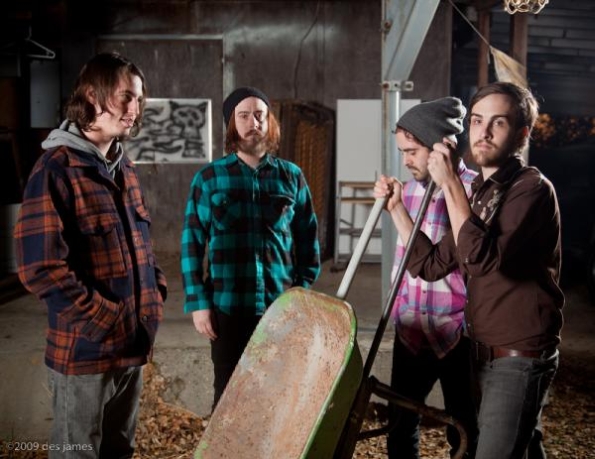 Hailing from the tucked-away city of Chico, California, Sean and Jimmy Galloway began making music together as kids in the early ’90s. In those days they were a simple acoustic duo, and while they’ve come a long way since then, adding brother Stephen and friend Jack Gingerich to the lineup, they remain true to their homespun roots.

The Shimmies‘ foundation is built on smart, catchy lyrics and simple harmonies, accompanied by big guitars and drums. While they’ve dubbed their style “home school rock,” I’d tend towards calling it power-folk. For an ear-tingling sample of their tuneage, check out “Keeping the Evil Alive,” off their latest release Growing Up Roanoke: Beloved B-Sides, full of raw gems that the band just couldn’t keep to themselves.

The Shimmies-Judas from All Cut Up Films on Vimeo.