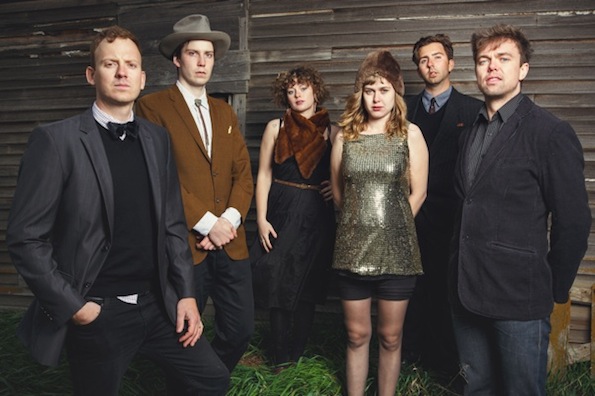 Rah Rah is impressive. A Canadian band from Regina, Saskatchewan, they started out as a small, three-member band and over the years have grown from three to seven; however, with quantity, also comes quality. They just get better and better. Their third and most recent album, The Poet’s Dead is Diverse, with songs that are extremely varied in almost everything but their quality.

Alternating between male and female vocalists, as well as experimenting with instruments and genres makes each song unique. Exploring aspects of pop, rock, and folk, Rah Rah seem to be having a bit of an identity crisis. But we’re okay with it! All danceable, they touch on important universal themes such as personal identity and young love, making them instantly likeable. Rich tones, personable lyrics, what’s not to like?