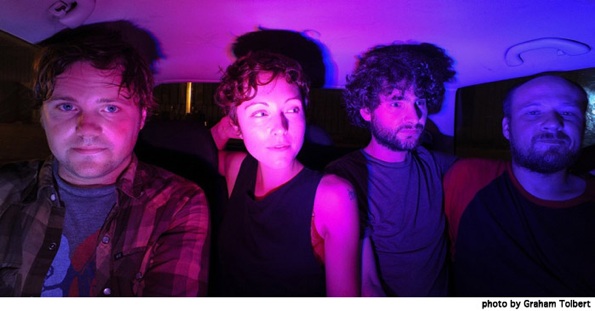 I follow hip-hop artist Astronautalis on Twitter. He tweeted about Poliça. I was expecting another Minneapolis hip-hop artist when I looked them up. Not the case.

Poliça is the new project from members of Bon Iver, Roma Di Luna and Gayngs. While there are a lot of familiar elements, vocalist Channy Moon-Casselle comes out sounding luscious and dark. The auto-tuned vocals sound similar to Gayngs, but not quite as ethereal. Poliça sounds like Gayngs’ older, more experienced sister. Their first single, “Lay Your Cards Out,” features Mike Noyce from Bon Iver. It’s sultry and smooth, and has been stuck in my head for days. It sounds sassy and mischievous. The heavy synth in the background adds a spacey quality to the track, and the result is just fantastic. Also equally awesome is the track “Wandering Star,” which has a more melancholy feel to it.

Poliça’s first full-length album Give You the Ghost will be released February 14, 2012 on Totally Gross National Product’s label. They will play shows around the album release date on the west coast. Go check ‘em out!