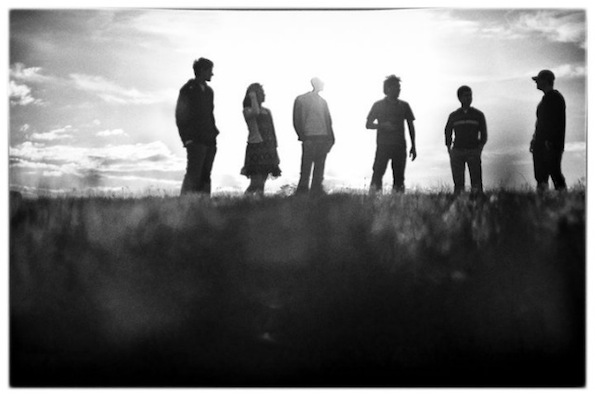 Drop Electric is on the move. The unsigned sextet hang their hats right off the Beltway in Washington DC. Since the band’s single “Empire Trashed” was spun by NPR’s Bob Boilen on All Songs Considered, Drop Electric is now managed by Banter Media and Management, gaining notoriety, and making final touches to their next album.

Their 2012 release, Drop Electric Sampler Platter, is four tracks of pleasurable shoegaze distortion seeping through a curtain of experimental sound. The percussion on “Empire Trashed” is reminiscent of Radiohead stickman Phil Selway’s work on 2007’s In Rainbows. Throughout the album, vocalist Kristina Reznikov warbles in enchanting melodies over tasteful elements of reverberation. Perhaps one of the most peculiar characteristics of Drop Electric, is that one member of the band can’t be heard on the album. Patrick Ryan Morris is in charge of “Moving Pictures.” During live performances by Drop Electric, Morris can be found stimulating the eyes of the crowd through the art of film, while amplifying the trancing live experience spearheaded by the band.

These gallantly cunning DC artists are set to release their newest album this year and if the Sampler Platter is any indication, listeners should be desiring a four-course meal. When Drop Electric comes to your town next, be sure to prepare yourself for an evocative and invigorating live show experience.