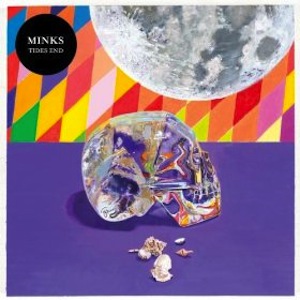 When you’re a writer, writer’s block is bound to happen. Having to overcome that obstacle challenges you creatively and allows you to experiment with new ideas. In the case of Minks, songwriter, or “spiritual advisor,” Sonny Kilfoyle solved his bout by retreating to the secluded East End of Long Island – a place that has stirred inspiration in Warhol and Vonnegut. For Kilfoyle, the time spent there has resulted in the sophomore effort Tides End.

Fans familiar with Minks from their debut album By the Hedge may not believe that it’s the same band on Tides End. The casino online focus of this latest album has shifted to a more synthpop-oriented focus, teetering between musical contemporaries such as Kisses and Wild Nothing. The synth washes and glistening guitars create infectious hooks and melodies, while Kilfoyle croons about escapism, longing, nostalgia, decay, and frolicking on the beach on tracks such as “Everything’s Fine,” “Margot,” “Playboys Of The Western World,” and “Weekenders.” There’s enough charm in his tone and lyrics that he avoids being pigeon-holed as just another cookie-cutter act.

With summer winding down, Tides End is worthy of a spot on your playlist.