“The Things We Think Were Missing” by Balance And Composure 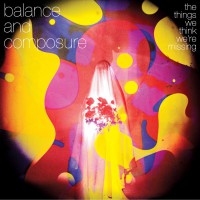 Balance And Composure‘s sound has always been able to capture a very dramatic feel in their songs, which helped the band stand out from the peers they surround themselves with. Touring with bands like Title Fight and Touche Amore, that punk and hardcore influence is evident in each song, while including prog rock and some harder crashing breakdowns. On their sophomore album, “The Things We Think Were Missing,” these Doyletown, PA natives have grown as musicians since their impressive and well-received debut album Separations.

While Separations was more reckless and daring, the band have learned to contain some of this aggression, which makes their overall more dynamic. Singer Jon Simmons vocal range is just one of the impressive talents of Balance And Composure, singing during the more tranquil moments of the songs while maintaining a voice of desperation as the songs sound escalates. The band’s triple guitar approach helps them drift skillfully between different sounds and tempos layering distorting guitars with beautiful picking, while the drums echo a suspenseful pace. While explaining the meaning behind the song “Reflections” Jon said, “I always struggle with just accepting happiness. It’s about a moment of being content stay with you.” The record leaves an unsettling feeling at its conclusion which will unconsciously encourage any listener to repeated listens.