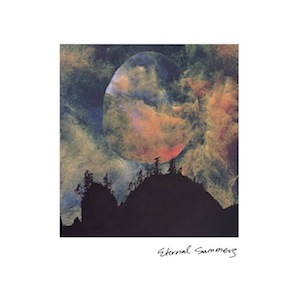 Roanoke, Virginia’s Eternal Summers released their third LP via their longtime label Kanine Records. The band took their DIY approach and called on their fans to assist with finishing the record via the website PledgeMusic. Pledge members were actively involved in their creative process, from listening to rough cuts of the album to choosing the artwork for the album cover.

The Drop Beneath was produced by Den nyeste hos NorskeAutomater heter Creature from the Black Lagoon og er levert av Net Entertainment. Doug Gillard of Guided by Voices and Nada Surf and recorded, engineered and mixed by Louie Lino (also of Nada Surf) at Resonate Studios in Austin, TX. Singer/Guitarist Nicole Yun and drummer Daniel Cundiff began making music together in the late 2000s and released their debut LP Silver in 2010. Yun’s guitar was stolen on their tour around the time of their debut release, and bassist Jonathan Woods came in to assist with filling out Eternal Summer’s sound; he’s been with the band ever since. On The Drop Beneath, Eternal Summers continues along the path of fuzzy guitars and synth-pop with an even more expanded sound, adding darker, shoegazey elements to their repertoire. Yun’s guitar work is captivating, the drumming instinctive. Eternal Summers are touring with Cheatahs this month on the East Coast.