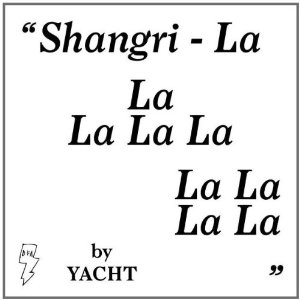 It’s been quite a musical journey for The Blow alum Jona Bechtolt. Since 2002, Bechtolt has been releasing his fun-loving electronic solo material as YACHT, named after an education program Bechtolt had been in when he was 16, “Young Americans Challenging High Technology”. It wasn’t until recently that he added collaborator Claire L. Evans to the permanent YACHT roster, releasing the critically-acclaimed See Mysterious Lights in 2009.

As YACHT describes it themselves, Evans and Bechtolt have a “paranormal bond” that has aided greatly to their output and general message. Once a sparse electronic band, YACHT is now somewhat a movement. Keeping with their theme of mysticism and universality, they’ve released an album making either extreme of the future sound surprisingly desirable. The opening track, “Utopia”, is like a sun fanning its rays, brightening the paradise that awaits you with tropical guitar intro and funky pads along the way, while its contrasting partner “Dystopia” sees that same sun challenging you to a dance-off, harsh synth and harmonies blaring. Songs such as “Love In The Dark” and “Tripped & Fell In Love” offer signature YACHT quirkiness with lyrical gems like “I love you like a small-town cop/I want to smash your face in with a rock”.

Shangri-La is just ambient enough for a lazy summer day, with the right amount of boogie to keep you dancing through the whole thing. Claire L. Evans’ voice haunts every song with sparse embellishments and has truly helped Jona Bechtolt realize his potential with YACHT. This is only their second full endeavor together and they’re just warming up. To quote the band: “The path will be long and strange.” Let’s hope it continues.