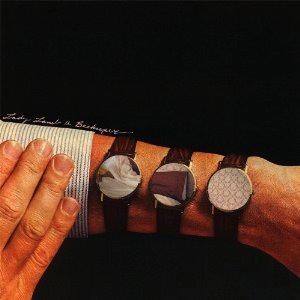 Aly Spaltro’s voice is an idiosyncratic force of pure emotion, perforating the quiet moments of Ripely Pine with outbursts of sheer violence. There aren’t too many singers that can get away with shouting: “My hair grew long so I fucking cut it / and when you looked away / I snuck those trimmings in your locket / haha” (in “Bird Balloons”) and then follow that up with a gentle banjo ballad without a touch of irony or affect.

Though most of the record has an identifiable indie-folk influence (the leadoff single, “Rooftop,” certainly brings Neko Case to mind), the band’s penchant for fuzzed-out riffage perfectly matches the intensity of Spaltro’s singing at every turn, and they silent when they need to be to isolate Spaltro’s powerful voice and words, so a brave amount of silence is sprinkled throughout the songs. And there are no formulas here: any given song might be quiet at the beginning and loud at the end, or the loud part might happen only in the middle; there are plenty of tempo changes throughout… it’s poetry set to orchestration that’s incredibly sophisticated for a debut album. Ripely Pine grabs attention immediately and doesn’t let go once for its entire hour-long run time.

Spaltro’s lyrics are complicated without being obtuse or pretentious, filled with succinct imagery and favoring confessional poetry over ballads; the closest anything on the record gets to a complete story is “Crane Your Neck,” which is more of a portrait of a night of passion than a story with characters and a plot.