"Pass The Ringo" by Legs 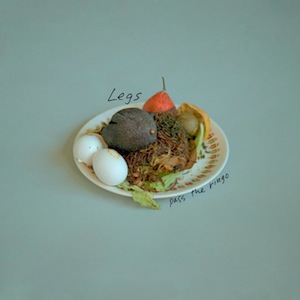 Legs stands out as the kind of band whose most energetic moments sound like the dictionary definition for “subdued.” In no way is that a criticism. While

they aren’t on their way to being instant, modern classics, they have a Galaxie 500 approach to making meandering the lynchpin of their aesthetic. They’re a nineties band out of their time and, unlike other lazy day lo-fi of today, they keep their songs both melodic and effortlessly cool.

Formed by Oaklandite, Jeffrey Harland, and New Zealander, Matt Bullimore, Legs kicks things off with “Friday Afternoon At The Zoo,” signifying their record as leisurely to the core. “The Kingdom’s Collection Of Slides & Super 8” gets the band’s sound and encapsulates it down to a song title. This is grainy music for family get togethers, Super 8 footage played on guitars. Like Real Estate, Legs

soundtracks wistful nostalgia and reminiscence. They let their guitars jangle and clunk like any band by way of The Byrds and Paisley Underground movement should.