“No Blues” by Los Campesinos! 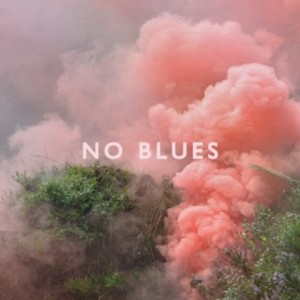 Los Campesinos! return with their 5th LP, No Blues, that finds them opting not for the full-frontal assault of yore, but a more measured attack. The thrust of the maturing band has been escaping the dreaded twee label and finding a way forward. 2010’s “The Sea Is A Good Place To Think Of The Future” was their watershed, where their execution matched ambition to a stunning result.

On No Blues, the band more than rises to the occasion, aided by ace production from John Goodmanson and Tom Campesinos, crafting a clutch of songs that measure up to the writing of frontman Gareth Campesinos, who’s transformed from lovable rapscallion to Our Gareth. As a lyricist, he has few peers, and the only drawback is that it flies so fast and thick that one must parse carefully for fear of missing out. Picking favorites is a fools errand, but “Avocado Baby,” with its thick vines of lines, builds to an absolutely batshit crazy chorus, brought home by the Cardiff Cougar Allstars cheerleading squad providing backing vocals. Also notable is a hard won positive ending to “What Death Leaves Behind” in its final line: “WE WILL FLOWER AGAIN’. And we will.