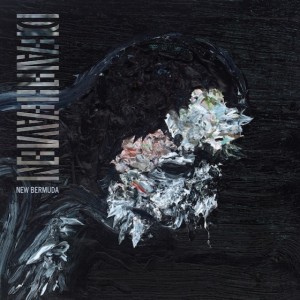 “Hell is real.” Those words made their mark in Sunbather, Deafheaven‘s previous record, in two ways: Godspeed You! Black Emperor albums resonated with the band and the words were something that the band believed in a way, perhaps not theologically, but conceptually. Where Sunbather was toned with this hellish positivity, New Bermuda is rich with questions of passion like “is anything worth it?” Ironically, the questioning of passion has created an even more endearing black metal record for this San Francisco, California-based band, especially when compared to their previous releases.

What Deafheaven do well is juggle genres, not watering down or imitating their critically acclaimed Sunbather. Post-rock and shoegaze influences aren’t weak points because they highlight the tiredness and beauty of humanity. When vocalist George Clarke stops screaming and Kerry McCoy stops shredding, listeners still attune to how the band can create such grace in dark spaces, namely hell, a place that might well be on Earth. Genres like thrash metal (“Luna”), heavy metal (“Baby Blue”), and post-metal (“Gifts for the Earth”) are effortlessly played and organized in a way that differentiates the album from the ever-flowing melodies in Sunbather and the rawness in Roads to Judah.