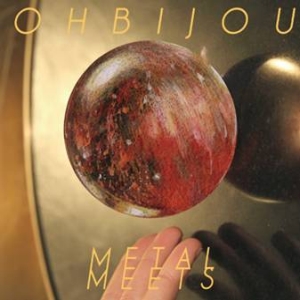 When I was a boy, my father had an album he played on a constant loop called Snowflakes are Dancing by Isao Tomita which was basically Debussey’s greatest hits on a moog synthesizer. To this day it is one of the most beautiful albums I’ve ever heard, but today Ohbijou took a shot at the title.

Metal Meets is the best thing to come out of Canada since an American returning from vacation. It has a spacey feeling that I haven’t heard since that Tomita album all those years ago. “Turquoise Lake” revels in the melodic beauty this album purveys with breaks for cellos; a funny trend making huge inroads within the indie music scene. Most of the time I find them to be about useless as Larry Flynt’s cock, but here it just adds to the floating quality. If quizzed today, I’d have a hard time deciding between Metal Meets and Gem Club’s Breakers as the best album of the year. I’ve listened to it three times to make sure I wasn’t being overly hyperbolic and it simply gets better with every listen. With so much amazing music coming out I’m really looking forward to hating something. This isn’t it.