“Kintsugi” by Death Cab for Cutie 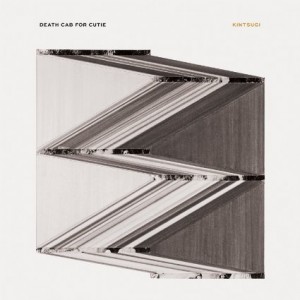 Naming your eighth album Kintsugi – the Japanese art of fixing broken pottery with lacquer mixed with precious metals – screams “thought-provoking album!” The Japanese philosophy of mushin is closely related to kintsugi, and it “carries connotations of fully existing in the moment… of equanimity amid changing conditions.” The ability to take what life has broken and mend it; then carrying on with our cracks gilded as part of our history is hope. The emotional aftermath of breakage is fraught, but finding the grace to move on is beautiful.

Obviously, this is a break up album; but it is not just about the famous dissolution of a marriage. As an adult, we oftentimes experience how our relationships change, grow, and end. This was Chris Walla’s last album with the band; after 17 years he also decided he would not be producing the record. Rick Costey (Sigur Ros, Muse) produced and Gibbard confided that “seeing what an outside influence can bring to this band for the first time ever was really inspiring for all of us.” We don’t know where Death Cab for Cutie is headed next and we suspect they may not either; but we know we can’t wait to find out.